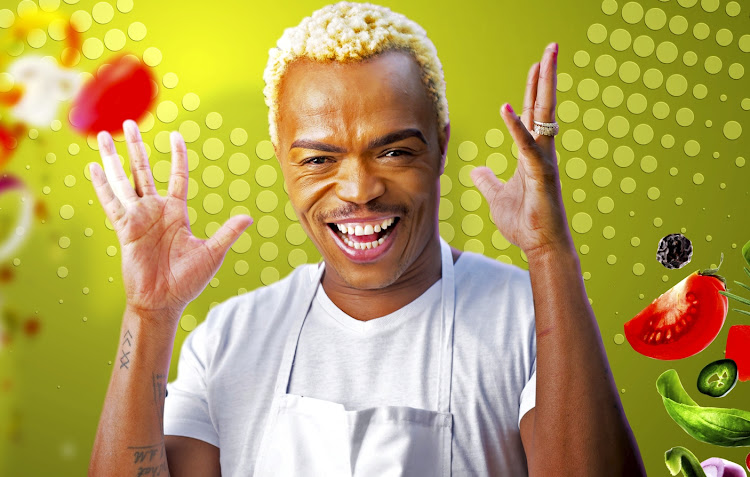 Somizi Mhlongo's popular TV talk show has been mired in controversy and he's bagged a Feathers nod for that.
Image: Supplied/DStv 1Magic

The Feather Awards have announced this year's list of nominees and are already promising to be all things spicy, judging by the nominees in the Drama Queen Of The Year category.

The category features Norma and Malusi Gigaba as well as Somizi and his controversial TV cooking show.

Now in their 12th year, the Feathers have evolved from an award celebration back in 2008 to a full array of LGBTIQ+ advocacy activations taking place throughout the year.

The awards are one of the events people look forward to the most on the social calendar because of the sass they always serve.

Organisers announced the 2020 nominees at an intimate brunch on Thursday and the likes of Gomora's Connie Chiume and Siphesihle Ndaba, as well as actress Thishiwe Ziqubu, made the cut.

@ThamiDish is looking fresh in this black dress #Feathers12 pic.twitter.com/HdTj0c9XWT

The most anticipated category, Drama Queen Of The Year, served the usual amount of spice as they named Covid-19 Solidarity Fund, The Gigabytes and Somizi and Dinner kwa Somizi as their fighters this year.

The awards will take place on November 11 at a closed ceremony in Johannesburg.

Hunk of The Year

Hot Chick of The Year

Sports Personality of The Year

Diva Extraordinaire of The Year

Media Award of The Year

Social Media Personality of The Year

Cutest Couple of The Year

Role Model of The Year

Drama Queen of The Year

Socialite of The Year

Musician of The Year

Fag Hag of The Year

African Feather of the Year

LISTEN | Celebs stand in solidarity with the LGBTQIA+ community

'LGBTQIA doesn't need acceptance, they are human just like anyone'
TshisaLIVE
2 years ago

Fashion hits and misses from #Feathers11
Lifestyle
2 years ago