A timeline of Kelly and Zandie’s ‘divorce’ 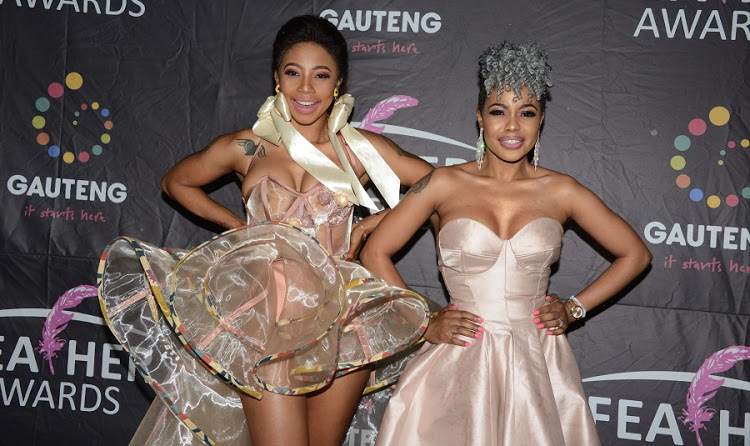 Proving that blood is not always thicker than water, songstress Zandie Khumalo left the socials in chaos mode in February when she announced a “split” from her sister, singer Kelly Khumalo.

This after Kelly released a statement distancing herself from an alleged scam that Zandie's husband Mhlo Gumede was allegedly involved in.

Zandie issues a letter in the beginning of February labelling Kelly's statement as “haphazard, premature and unnecessary”:

Zandie then took to Instagram to share the lengthy letter in which she expressed how heartbreaking it was for her to “love her sister from a distance”, labelling Kelly's statement as “haphazard, premature and unnecessary”.

“If I was divorcing my husband maybe it would have been a little bit easier and lighter but I am separating from a person I have known for all my life and have shared laughs, pain, excitement and disappointment with all my life, my sister,” Zandie wrote.

Kelly then released a statement earlier this week in response to a report:

“With all due respect, Mhlo Gumede is my sister's husband and manager, not my bookings manager nor part of my team, never was and never will be. So whatever dealings you may have with him do NOT involve me. Thank you,” Kelly wrote in the caption that accompanied her full statement.

Kelly's statement appears to have been the last straw for her younger sister, who revealed a series of other issues that she seemed to have kept inside for a while.

At the end of February, Zandie made it clear that her “divorce” from her sister was not a publicity stunt:

In an interview with TshisaLIVE, Zandie dismissed the suggestion saying, “My statement was not a publicity stunt. Why would I go to social media and do that?” she asked.

The songstress stated she wanted to put the drama behind her and was focusing on her music career. She said she was ecstatic about her new single titled Akwanele that will be released on February 14.

“I'm over the moon about my new song. It means a lot to me. God has done so much for me and I'm grateful for everything that I have.”

However, Kelly was shattered by her sister's hurtful words. Speaking to a fan on Instagram, Kelly claimed that things would never be the same again for them after this.

“It is all well, I accept defeat. She wins. In fact, they both win. I wish them nothing but the best. This hurts more than I thought it would, but it is well,” Kelly added in another message.

In May, Kelly opened up about her ongoing feud with her sister Zandie, saying the matter is with lawyers:

Speaking on Afternoon Express, Kelly revealed that the dispute was now in the hands of lawyers, adding that the situation was “that bad”.

Zandie in July gushes over her sister's latest project:

However, a couple of months later, Zandie put aside her feud with sister Kelly and raved over her latest project.

Zandie made it clear that she was not posting the message as Kelly's sister.

“I am a not posting this as your sister but I'm posting this as a fan from day one. What an amazing job you did on this song,” she wrote, alongside a snap of Kelly's single Empini.

Zandie said that Kelly continues to surprise and inspire her as an artist.

“One would think because I have been a fan for so long so I know what u are capable of but I will always be in awe of your talent and your ever evolving sound. From a fan to her idol and her superstar well done and I love you.”

In October, the sisters decided to bury the hatchet:

According to Daily Sun, the Khumalo sisters decided to get over their previous issues with each other and were caught performing together at an event in October.

Neither Kelly nor Zandie have released an official statement confirming the reunion.

"It’s now with lawyers, I have learnt to move on"
TshisaLIVE
2 years ago

After an alleged ambush, Zandie is ready to cut Kelly from her life
TshisaLIVE
2 years ago

"Is this fight even real?" SA asks.
TshisaLIVE
2 years ago