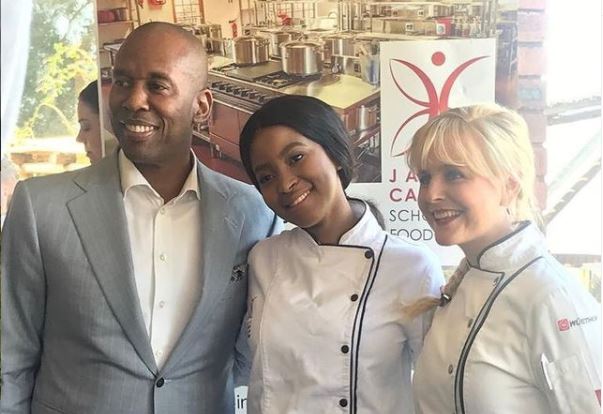 Prominent businessman and Nelli Tembe’s father, Moses, has responded to claims made by rapper AKA in his tell-all interview which aired on Saturday night.

This was the first time AKA had publicly spoken since his fiancée’s death on April 11 after apparently falling from the 10th floor of the Pepperclub Hotel in Cape Town. There is an ongoing police investigation into the circumstances around her death.

Speaking to anchor Thembekile Mrototo on The Bar Leader TV, AKA opened up about his relationship with Nelli, the day she died and about the 22-year-old’s alleged mental health issues.

AKA was answering a question about Moses publicly denying at Nelli’s funeral on April 1 that his daughter was “chronically suicidal”.

The rapper also claimed he was shocked to realise he had been “denied” the opportunity to speak at Nelli’s funeral.

Moses’ response was published at the end of the interview when he addressed AKA’s comments.

He said: “We held memorial services all week proceeding Anele’s service. Kiernan’s father and Kiernan’s friend spoke alongside Tembe family members. Kiernan never made a request nor was he ever denied an opportunity to read his message on the day of the funeral.”

"I am not an abuser," said AKA in response to questions of abuse.
TshisaLIVE
1 year ago

In addition to giving his version of events on the day Nelli died, AKA also questioned the  presence of police minister Bheki Cele at Nelli’s funeral.

“The programme never included Mr Bheki Cele but the programme director used his prerogative to invite him to the podium, a courtesy that would have been given to any minister. Personally, I have seen Mr Cele and other ministers in attendance at many funerals and ours was no exception,” Moses said.

He said they were hurting deeply and wanted space to grieve Nelli’s death.

Last week, Moses told TshisaLIVE the family had “decided not to speculate about police inquiry findings”.

“We have our eyes focused on establishing the Anele Tembe Foundation, which we hope would benefit thousands of young women and parents.”

Moses did not reveal the exact nature of the causes the foundation would support.

“We must focus on root causes of events and relationships, foundational values and norms,” he said.

The rapper announced last week that he had decided to step back from live events and public appearances.

"Why did you break the door?" is one of the questions that will be posed to AKA.
TshisaLIVE
1 year ago

Nelli died on April 11 after apparently falling from the 10th floor of the Pepperclub Hotel in Cape Town.
TshisaLIVE
1 year ago

In the week when footage of an incident involving rapper Kiernan “AKA” Forbes and his late fiancée, Anele Tembe went viral - sparking speculation ...
TshisaLIVE
1 year ago