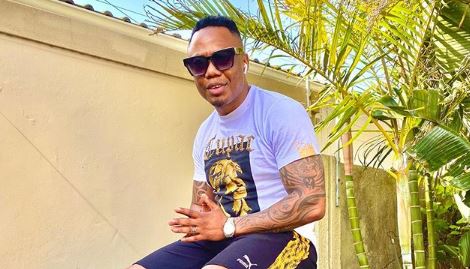 KwaZulu-Natal musician and Afrotainment owner DJ Tira has come under scrutiny by the Twitter firing squad after prompting a discussion about vaccine passports in SA in a now deleted tweet.

The backlash came after the star tweeted about the annual Fact Durban Rocks festival set to be held later this year. After its cancellation in 2020 due to the coronavirus pandemic, the concert is back and bigger than ever with stars including Sjava, Shimza, Zakes Bantwini and others faves. Somizi, Zulu Mkhathini and Solo B are set to be MCs for the festival.

Excited about its big comeback, DJ Tira took to Twitter to tell fans the news. In his announcement, the star said without proof of vaccination one wouldn’t be allowed to attend the concert.

This led to much backlash online, with many saying they will not be forced to be vaccinated to attend the concert. May said the star was pushing an agenda with the  tweet.

Even though DJ Tira deleted the tweet, the discussion continued as many were shook by his audacity to think some fans deserve to attend his gigs more than others.

“Imagine the whole of me getting an injection just to see DJ Tira. Kill me!” read one tweet.

Check out the reactions online:

Imagine the whole of me getting an injection just to see DJ Tira. Kill me!

I can't even defend Dj Tira. That tweet was out of pocket. 🙆🏽‍♂️ pic.twitter.com/rzFNeVlv2K

who listens to Gqom in 2021 , Dj Tira can go and invite the ANC and those clever middle class blacks pic.twitter.com/5P7G0Gq6IO

Ladies and gentlemen I don't like preaching or write so called surmons but what DJ tira has Recently posted it was a clear exposure from GOD to see time between carios and cronos, we are l leaving near the latter days
So the called pastors prophecy on the dry bones pic.twitter.com/EvJJQLb6PE

DJ Tira kept quiet about the KZN unrest 2 weeks ago but today here he is making it come across like he is very concerned about the publics well-being and urging them to be vaccinated. Where was the same energy when people were being killed in Phoenix?

Following the backlash, DJ Tira took to the TL to ask people why they are cared of getting vaccinated.

He also posted a video of himself getting the Covid-19 vaccine.

“Get vaccinated. December is coming,” DJ Tira captioned the video.

Get vaccinated. December is coming. pic.twitter.com/A2CWcbMxNi

After all his achievements in the SA music industry, DJ Tira told TshisaLIVE that he feels like a rock star and now's the time to start making more ...
TshisaLIVE
1 year ago

It looks like "Uthando Lodumo" will not spare any details on Mampintsha and Babes Wodumo's love and lives!
TshisaLIVE
1 year ago

WATCH | ‘I love it!’ DJ Tira thanks Rasta for immortalising him with a painting

Y'all may not see Tira in the painting but the DJ sees himself and he appreciated Rasta's efforts!
TshisaLIVE
1 year ago