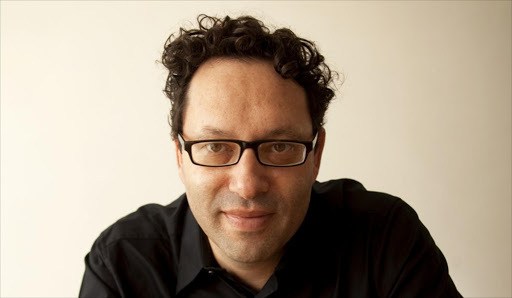 South Africa's transition back to the dark days of the 1980s seems complete.

Like everyone else on Thursday, I stared in horror at the news footage of police firing live ammunition at protesting miners in Rustenburg.

The word "Marikana" will in time take on the same tragic connotations as Sharpeville, Boipatong and June 16, 1976, the day Hector Pieterson was killed by apartheid forces during the Soweto uprising.

The context is different but the overall resemblance to those oppressive and repressive times is uncanny.

The misgivings about Jacob Zuma's administration have been powerfully underlined with a tragedy as bleak as any that rocked South Africa in the 1980s.

How did South Africa get here?

Why do we still have economic inequality and the exploitation of cheap mine labour that so strongly characterised apartheid?

How did it happen that good men took up pangas and hacked policemen to death?

How did it happen that police used live ammunition instead of rubber bullets?

And why were the police so woefully unprepared for a scenario they should have been trained for?

How ironic is it that a former trade unionist, Cyril Ramaphosa, who was out on the streets in the 1980s, is now a shareholder of the mine? The same terrible inequalities persist.

There is sure to be endless speculation about whether former national police commissioner Bheki Cele's "shoot to kill" mandate is somehow at the root of the Marikana massacre, as it is already being called.

Are there other precursors to the violence ?

"This is President Jacob Zuma's strange republic at work, a place where politics trumps principles, where the reputations of the state and its officers are of little account and where no price is too high to pay for the re-election of Mr Zuma as head of the party this year and of the country in 2014," Business Day said in an editorial on its front page.

The editorial referred to Richard Mdluli and the e-tolling saga but it could easily have included the Limpopo textbooks scandal and the exorbitantly expensive presidential luxury jets.

Another example of how we as a nation are failing is in terms of information and communication technologies (ICT) . This sector i s a growth area in much of the rest of the world.

Zuma's first folly in this terrain was to appoint Siphiwe Nyanda as communications minister - a job for which he appeared wholly unsuited, given his background.

However, initially Nyanda seemed to be a better bet than one might have first thought and he made some progress in bringing down cellphone interconnection costs.

But this move, as feared, set a terrible precedent for government interference. The Independent Communications Authority of SA should provide oversight. But, denuded of power and budget, and constantly having to fight off legal challenges by giant communications companies, has struggled to do its job.

The true cause of Nyanda's appointment soon became apparent - he had been a staunch Zuma ally in the run up to Polokwane and so he got the job, nepotism scandals be damned. His successor in the post, Dina Pule, is no better, having held an abortive R102-million ICT i ndaba in Cape Town in May.

An early draft of the agenda featured this implausible item: "Strategy and tactics for advancing Universal Access to ICT - North Korea."