We got ISIS wrong in Syria, let's get it right in Afghanistan: iLIVE 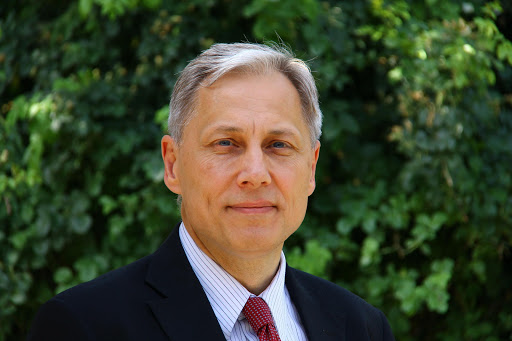 Be under no illusion: the Islamic State has arrived in Afghanistan.

Just as the country is gripped by an economic exodus of ordinary people seeking better opportunities elsewhere, ISIS is spreading its tentacles into Afghanistan's most lawless territories in an attempt to establish influence in a region seen as vital to the group's end-game: an Islamic Caliphate.

The first whispers of ISIS activity in Afghanistan emerged exactly one year ago. Initially, it constituted nothing more than media-driven hearsay rather than any actual ground presence; ISIS in Afghanistan was roundly dismissed as a 'virtual reality' organisation.

Even as the first quarter of 2015 passed, the ISIS presence was a 'will-they, won't-they' discussion, with analysts suggesting the group was merely a band of ex-Taliban militants opportunistically rebranding themselves in the hope of coat-tailing on the symbolic capital of the official network in Syria and Iraq.

Yet as the summer months began to heat up, so did the ISIS presence. Violent clashes with the Taliban ensued, ending questions about possible alliances. The focus on Helmand, a traditional insurgent heartland, shifted to the Pakistan-bordering Nangarhar Province; home to the notorious rat-nest of mountain caves at Tora Bora where Osama Bin Laden and his al Qaeda cronies once evaded coalition forces before slipping silently over the border into Pakistan.

Whether it was inordinate media attention, persistent scaremongering from certain Afghan political elites, or because the group began to achieve gains in some Nangarhar districts, the ISIS threat was upgraded from 'nascent' to 'operationally emergent'. Backed by US drone strikes, Afghan security forces mobilised and eliminated multiple ISIS leaders along with dozens, if not hundreds, of militants. Afghanistan's secret service then 'swept-up' recruiters as the government dispatched representatives to at-risk districts to boost its presence and engage with tribal elders.

The strategy worked. ISIS in Afghanistan had been beheaded. The group's activity dropped to a minimum, although this could partly be attributed to a diversion of attention to the Taliban's own internal struggle, sparked by the death of its enigmatic leader Mullah Omar. Yet optimism was premature. One common trend between ISIS in Afghanistan and 'IS-proper' in Syria and Iraq became clear:

It is yet to be determined whether or not these recent ISIS activities will cement their presence. Afghanistan does not provide a natural constituency from which ISIS can recruit, meaning the group will rely heavily on defections from existing insurgent outfits. The danger is that the group has become the most likely vehicle for Taliban militants, disaffected with their own internal struggles or reticent about possible engagement in a peace process, to continue profitable jihad.

For now, the overall conclusion is that ISIS does not yet represent a significant strategic threat to Afghanistan. What it has become is a complicating factor politically, as it affects how government actors and other insurgent groups formulate policies, including towards peace talks. For that reason, ISIS in Afghanistan must be countered.

An immediate counter-strategy is needed to avoid inevitable high costs if the group is allowed to grow and develop. This requires a deeper understanding of the group's own dynamics; ISIS cannot be effectively countered unless it is understood properly.

Afghan security forces and international partners must determine whether ISIS truly believes its own apocalyptic rhetoric about a final battle in the Afghan-Pakistan region. Can we be sure that the group has a genuine strategic interest in Afghanistan or is it purely an opportunity-driven presence?

The Afghan government must also find ways to degrade the ISIS brand and support base, given that it grows as much through fear and propaganda as coordinated ground action. Efforts must also be made to follow the money, recognising that modern insurgencies often stray from claimed ideological goals; they are industries like any other in which few are willing to fight for free.

Most crucially, we must recognise that models of analysis based on Iraq and Syria will not translate to Afghanistan. Effective responses require an awareness of ISIS aims, strength and capabilities in the Afghan context, where insurgent groups are fertilised by public disaffection with the government. As long as the government remains a better option for the public, then ISIS (or Taliban) support will remain low.

Put simply, aerial bombardment and military efforts against ISIS in Afghanistan will only go so far. An effective counter-strategy will be one that focuses on better local governance and service provision in at-risk districts. The people must put faith in their government.

We got ISIS wrong in Syria at tremendous cost. We can still get it right in Afghanistan.