Kick them when they are down, and kick them hard 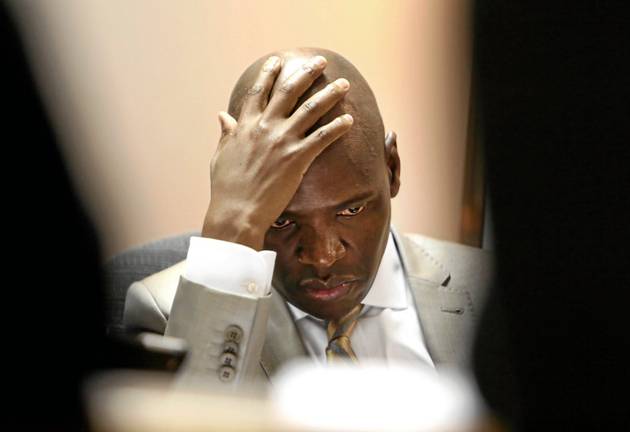 Three swallows do not a summer make, we know, but if not a summer, can we hope that perhaps the tumbling of some of state capture's poster boys presages at least the green shoots of a hopeful spring?

Ben Ngubane's sudden departure as Eskom's chair on Monday night and Hlaudi Motsoeneng's firing from the SABC by an interim - but increasingly impressive - board should have many reaching for the bubbly, especially on the back of the bizarre downfall of Brian Molefe.

The architects sit in Saxonwold, Nkandla and in our cabinet and elsewhere and we will be making a grave misjudgment if we think this spate of falls is the start of a new era of accountability.

A resignation or dismissal or whatever happened to Molefe cannot absolve them of the damage they were party to causing. If we believe in the spirit of our constitution and the rule of law we need to see real consequences that should include, where the evidence supports it, criminal prosecutions.

While we are still sceptical of the noises emanating from the Hawks that criminal investigations are now flowing from the notorious State of Capture report, these are encouraging sounds.

Of course there are no such noises from the feeble Shaun Abrahams and his National Prosecuting Authority.

Yes, it's too early to say that the edifice of state capture is crumbling. It's a hairline fracture at best. But at least it is something.