Mental health Sports stars are up against huge psychological pressure 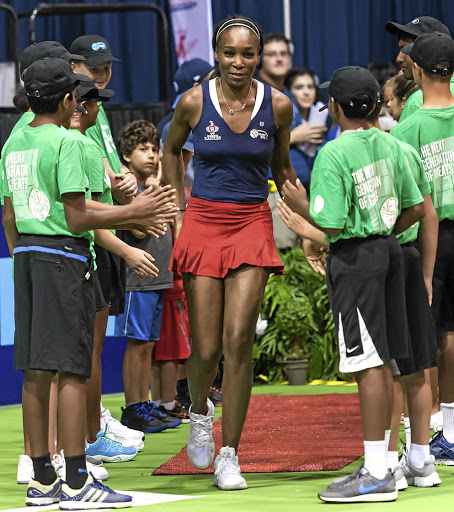 One of the most memorable quotes I've ever heard being uttered by a sportsman came from tennis icon Venus Williams during her inspiring run at the Australian Open (where she lost in the final to younger sister Serena) earlier this year.

I thought about it again this week after learning of SA Rugby's laudable decision to launch a mental health helpline to assist players with their psychological needs.

Venus had defied Sjögren's Syndrome - an autoimmune condition - and age (she turned 37 almost two months ago) to reach her first final in over seven years.

After defeating Coco Vandeweghe in three sets in the semifinal, she was asked about her status as a role model - and whether she reflected on it.

Cue Venus: "What I will say about sport, I think why people love sport so much, is because you see everything in a line. In that moment there is no do-over, there's no retake, there is no voice-over. It's triumph and disaster witnessed in real time. This is why people live and die for sport, because you can't fake it. You can't. It's either you do it or you don't.

"Is it an athlete's job to inspire? Inherently what I think athletes do at a top level inspires people, but each person takes that responsibility differently."

What we don't consider, as sports fans, are the endless hours of preparation, the highs of being on the biggest stage - and the loneliness, once the adulation has died down, of resuming their lives.

We don't consider that the athlete will have to live with the burden of disappointing their fans, but mostly themselves after an underwhelming performance. Those must be some of the loneliest moments of any athlete's career - when it is time to collect all the broken pieces and try to mould something resembling normalcy, because the world won't afford you much time.

We argue that sportsmen -and indeed, all famous personalities - earn exorbitant amounts of money, as if that exempts them from suffering from mental insecurities, as if there was some sort of bank where they could deposit cash to alleviate chronic depression or anxiety or PTSD or a bipolar disorder.

I'm sure sports stars including cricketer Jonathan Trott ("As soon as I put my tracksuit on, it was like a trigger. I was going back into that arena, that pressure cooker, that place of judgment"), tennis legend Andre Agassi ("I play tennis for a living even though I hate tennis, hate it with a dark and secret passion and always have''), and former Bafana Bafana midfielder Delron Buckley ("During my first year at [Borussia] Dortmund, I fell into such a depression that I wanted to kill myself - because the pressure was too high"), would have done so to save themselves the confusion and stigma.

Just like a CEO who has to explain to investors why a corporation is leaking millions, every team is made up of CEOs - each has a responsibility to the public, the thousands of investors in their sport. They occupy the upper echelons of their sporting codes, so they face the most intense scrutiny - and very little time away from the spotlight. It's stressful just thinking about it. Imagine being in the middle of the whirlwind, where everything is ephemeral yet the pressure is perennial.

SA Rugby's confidential helpline programme was set up by former Springbok team performance psychologist Pieter Kruger alongside his team of professionals at North West University. Apparently a roadshow to each of the 14 professional rugby unions is planned soon.

SA Rugby must be commended. The various associations and federations nationwide should follow suit or do even better - so too, government and the healthcare sector. We may have frameworks and policies such as the Mental Health Care Act, but instances such as the Life Esidimeni tragedy, when 94 mentally ill patients died, remind us that mental health is still not taken as seriously as it should. It also smashes the myth that mental illness is only a problem for some and not others.