Plugging your cherished classic into the electric future 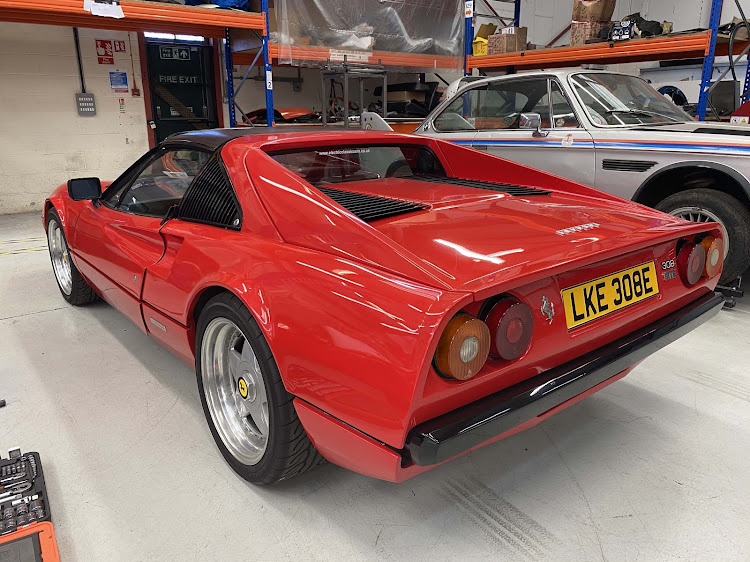 Turning this Ferrari 308 GTS into an electric GTE has improved its handling, acceleration and reliability. Picture: MARK SMYTH

The electric car. To some it’s the future, others the present with models like the BMW i3 and Jaguar I-Pace. But the electric car is also about the past, not least because many carmakers experimented with electric vehicles (EVs) decades ago, most confined these days to museums.

During that time the internal combustion engine (ICE) dominated, but today cities around the world are planning clean air zones, emissions related charging or a ban on diesel cars. For many it will ultimately mean switching to either a lower emission vehicle or an EV.

With all this going on, a number of companies have sprung up offering to convert your ICE car to electric power. Generally we’re not talking about converting your Toyota Corolla Quest or your BMW 3 Series; in fact it’s mostly owners of classic cars going electric, at least for now.

Motor News visited two workshops in the UK that specialise in converting classics and we were surprised at the cars we found undergoing the transformation. Electric Classic Cars is the largest conversion company in the world. Nestled in a Welsh valley, the company was started by Richard “Moggie” Morgan in his garage as a hobby to escape from corporate life. Then in 2019 he moved to an industrial unit where he now has 13 employees working on about 20 cars at any one time.

When we dropped in, the cars included a couple of Ferrari 308s, a number of classic BMWs, Fiat 500s and Alfa Romeos, Porsche 911s and a few Land Rover Defenders. The Defender is the company’s second most popular conversion and Morgan sends kits around the world, including to SA where they are used in game viewing vehicles. 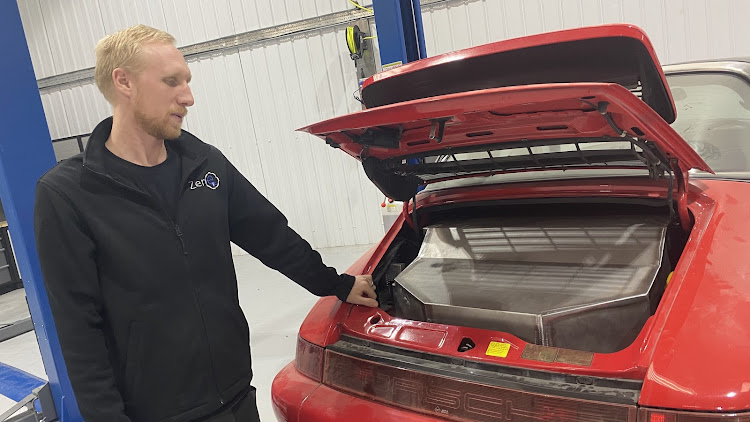 There’s plenty of choice too. As Morgan puts it, you can have “mild or wild". Mild is generally for the Fiat 500 and Volkswagen Beetle, perfect for commuting with a range of 150km-250km. Go for wild and you can have a full 100kWh battery pack capable of sports car acceleration and a range of up to 400km on a charge.

To get an idea of how wild things can be, we took a drive in one of the first conversions Morgan did, a classic Volkswagen double-cab bakkie that started life in SA as a fire tender before he imported it. It’s impressively quick, accelerating silently and effortlessly with the speed of a sports car.

That’s not surprising, because like many of the conversions Morgan does, his Volksie is equipped with the full kit from a Tesla Model X P100D.

Morgan sources half of his batteries and most of his motors from salvaged Teslas through a company called Zero EV. We paid them a visit and spoke to company founder Chris Hazell. He was busy working on converting a Porsche Boxster, a Mercedes Pagoda and an old Bentley set to have a ground-up rebuild as part of its new electric life.

Hazell admits that going electric is not cheap — in fact the cost to convert a Porsche 964, one of his most popular kits, is £47,000 (R1,069,000). But given that it can cost almost that for a full engine rebuild, he says some owners are choosing instead to switch to electric.

According to Hazell, many making the choice are wealthy people who want to be seen to be green, but they are also keen on having better reliability. To get an idea of what inspires owners to switch, we spoke to Peter Brazier, who had his Ferrari 308 GTSi converted.

“If I’d known what I was getting out the other end, converting it would have been a no-brainer,” he said. “The 308 GTSi has a weight distribution of 40:60. Now it’s 50:50 and the effect is astounding, even just doing 50km/h around a roundabout.”

He also says that acceleration has improved from the original 0-96km/h time of 7.8 seconds to just 3.8 seconds. That’s an impressive improvement and means he now has a better handling Ferrari that accelerates as quickly as many of Maranello’s more modern machines. 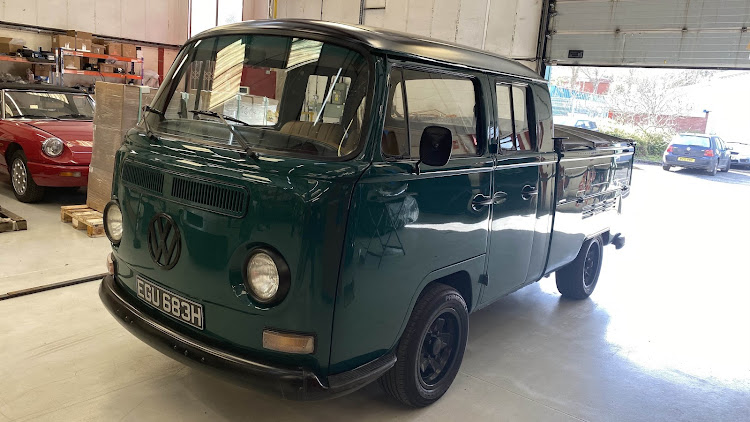 This Volksie started life as a fire tender in SA, but now it has the heart and performance of a Tesla. Picture: MARK SMYTH

Brazier does say he misses the noise of the engine, but says that it is costing him much less to maintain and run than before, plus he has eliminated the reliability issues typical of the Italian marque at the time.

Like many of the conversions done by Zero EV and Electric Classic Cars, Brazier’s 308 uses a Tesla system. Salvaged from cars around the world, there are racks of Tesla batteries and motors at both companies, as well as LG Chem batteries and Netgain HyPer 9 electric motors. How much performance and range you need can be a simple case of just choosing the number of batteries to install, with each battery costing about R20,000.

There are other companies working on conversions costing far less. One in Europe claims it can rip the guts out of a Toyota or Lexus hybrid and drop it into a family sedan. It removes the battery, electric motor and gearbox from the donor vehicle, transplants it all into your car and off you go, silently and with zero emissions. The range isn’t great, but the company believes the conversion will only cost a few thousand euros.

However, Hazell says some companies are damaging the reputation of the fledgling electric conversion industry.

“We look at it from a safety perspective,” he told us. “Everything has to be by the book.” He makes sure that every component is properly researched and engineered and full electromagnetic testing is undertaken. All electric components are properly encased and the level of workmanship and attention to detail was clear as we wandered the workshop.

The next step is to produce more affordable kits that can be installed either by professional workshops or by home enthusiasts. They’re still not going to be cheap, probably starting at about R500,000 depending on specification, but Morgan says that the rapid evolution of battery technology means prices are starting to come down.

If they do then we could see more people keeping their pride and joy but switching to electric power. You lose the engine sound and it’s easy to find the whole idea sacrilegious, but Morgan says that most owners have one thing in common — they switch because they want to keep enjoying the drive.

Porsche Classic is letting you update your older 911 with a new line of Porsche Classic Communication Management (PCCM) systems that bring with them ...
Motoring
1 year ago

Regrets. Whenever I take time out to replay the last 10 or so years my life I can come up with many. Things I should have done and things I didn't
Motoring
1 year ago