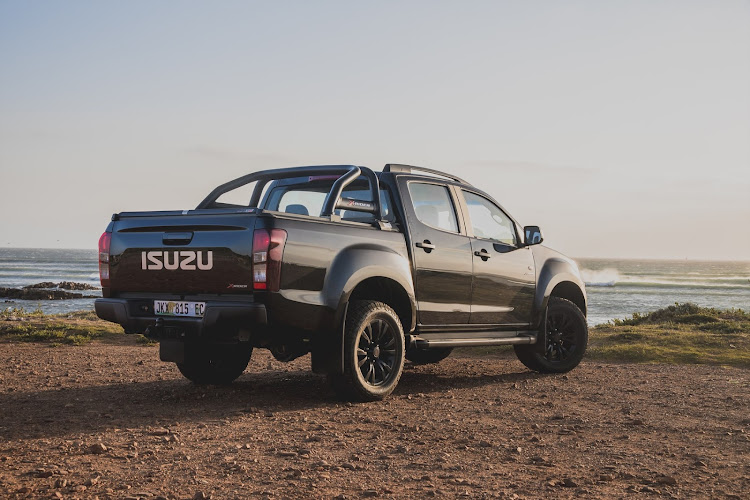 An Isuzu D-Max similar to that of our reader.
Image: Supplied

I'm driving a 2019 Isuzu D-Max 250D X-Rider which has done 130,000km. In the mornings, after about 30km, the “check engine” light comes on and the speed drops. It is also heavy on fuel. I took it for a diagnostic check and the report mentioned an inlet manifold sensor (code P0662) but I'm not sure what they are talking about. Please help!  – RJ

I discussed your query with an Isuzu specialist whom I regard very highly, and he feels that the fault code, combined with the symptoms, points to the sensor for the swirl flaps in the inlet manifold.

These flaps, looking like the butterfly valves in throttle bodies, are fitted in the inlet tracts. When closed, they create turbulence in the air entering the combustion chambers. This leads to better dispersal of the injected fuel at low engine speeds, resulting in improved combustion under light load, and hence better fuel economy and reduced emissions.

At higher engine speeds, when there is enough turbulence in the inrushing air, the flaps are no longer needed. They then rotate to open up the inlet tracts for optimal filling of the combustion chambers.

Swirl flaps have been used by several manufacturers to comply with emissions legislation and improve economy. They are at best a mixed blessing, because they proved to have drawbacks, mainly associated with tarry deposits forming on the valves (from recirculated exhaust gas, for instance). Eventually the valves, which are vacuum-operated in the Isuzu engine, begin to stick in one position. The sensor reporting on the position of the valves then sends an error message to the engine management computer.

The Isuzu's sensor is hidden under the inlet manifold at the back of the engine where it is difficult to see. The sensor itself is apparently very reliable, so the fault code may either be due to jamming swirl flaps, or to the electrical wiring from the sensor to the engine control unit being unplugged or broken. If the symptoms appeared soon after the engine has been worked on, the wiring alternative becomes more likely.

Few things are more pitiful than the sight of the burnt-out hulk of a car at the side of the road.
Motoring
2 months ago

Of all the tricks a car can play to annoy its owner, the infuriating habit of stalling is one of the worst.
Motoring
3 months ago

An encounter with storm water is not only frightful in itself, but driving through deep water – deeper than half the height of the wheels – might ...
Motoring
4 months ago