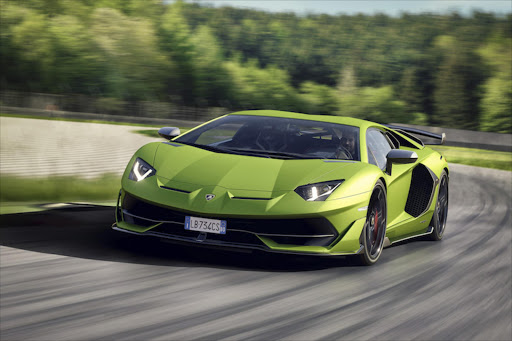 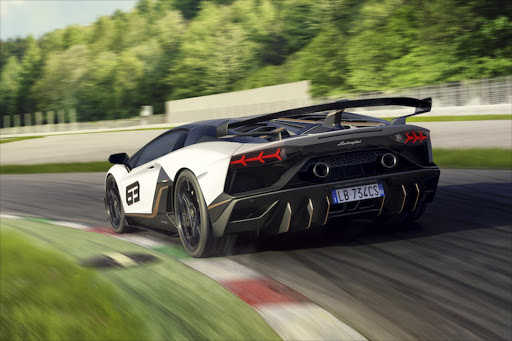 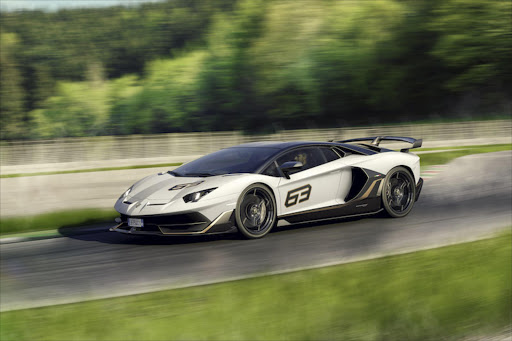 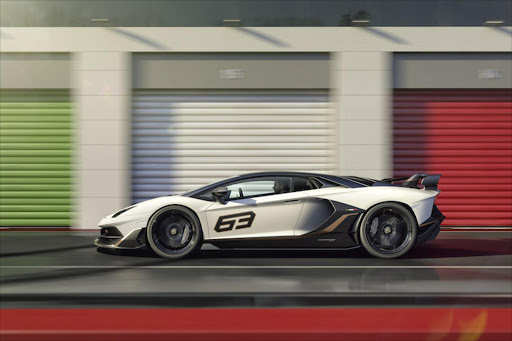 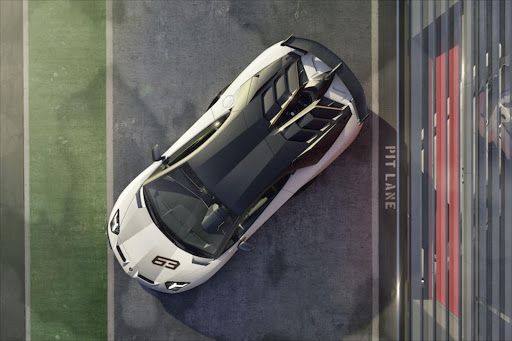 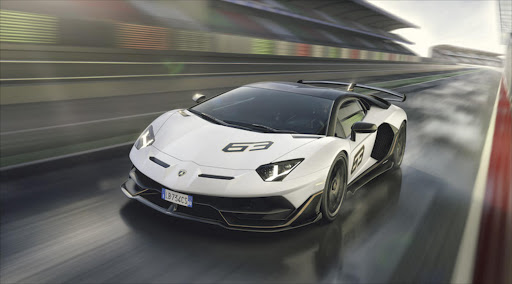 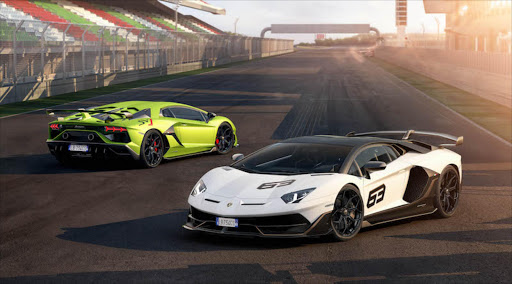 If you’re going to flash your wealth with a brash motorised display, you may as well do it properly. Ladies and gents, we give you the Lamborghini Aventador SVJ (Superveloce Jota), as flamboyant a car as ever to exit the Italian firm’s Sant’Agata factory.

More power, clever aerodynamics, uprated suspension, and weight-reducing components make it the most track-focused Aventador. Only 900 units will be built in total, and a further 63 which will have "63" livery to signify the year the company made the transition from a tractor manufacturer to one of the world’s most iconic sports car brands.

But the numbers that really matter are the ones underneath that louvred rear engine cover: 12 cylinders, 566kW of power and 720Nm of torque — respectively 22kW and 30Nm higher than the next-most powerful Aventador S — and giving the SVJ the ability to reach a 351km/h top speed and scorch the 0-100km/h sprint in just 2.8 seconds. Even more remarkably it takes just 8.6 seconds to get from rest to 200km/h.

The numbers speak of a car with supremely fast straight-line performance, but what they don’t convey is how those integers translate into an experience akin to being in the mosh pit of an AC/DC concert. It’s pure rock ’n roll, this car, from the hair-metal styling to the sheer hair-raising violence of it.

Lamborghini has never been about subtlety, and indeed there’s nothing subtle about unleashing this one’s 770 horses (to use the old-speak) in a snarling V12 symphony where peak power is at 8 500rpm.

The SVJ accelerates like a prize racehorse, the robotised-manual transmission slamming violently through its gears as the 6.5-litre engine roars right behind your back. By the end of the Estoril racetrack’s main straight the speedo showed 272km/h.

Impressive, but just as instructive about the true nature of this car was how it behaved on the Parabolica Ayrton Senna — the long, curved entry onto the straight named after the Grand Prix legend who won his first Formula One race there in 1985.

It was in this Parabolica — on a newly resurfaced and slippery track that Lambo’s most powerful road car showed its pedigree, by allowing itself to be steered on the throttle in a most controllable but playful way.

The slick track showed what that big V12 Lambo could do in less than ideal surface conditions, and it thrust and parried through those turns in a forgiving way for a relatively large and heavy supercar. It understeered and squirmed at times as the Pirelli Corsa tyres hung on as gamely as they could, but the car wasn’t snappy or prone to making sudden pirouettes.

Such a powerful machine needs to be treated with respect, sure, but with the aid of all-wheel drive and rear wheel steering, neither did it need to be carefully tippy-toed around the circuit on a light throttle. I could stomp the power pedal fairly early in corner exits without being punished with a tyre-screeching exit into the nearest sand trap.

The carbon-ceramic brakes were superb too, repeatedly taking punishment without overheating or fading.

Lambo’s new beast is a fusion of charisma and hi-tech, and the really clever part is the ALA (Aerodinamica Lamborghini Attiva) active aerodynamics system, which uses wings and ducts to manage airflow over and under the car.

It’s an evolved aero system over the one first used in the smaller and lighter Lamborghini Huracan Performante.

Without requiring any driver intervention, ALA automatically opens and closes hidden front and rear flaps that reduce drag for better top speed and increase downforce to improve traction in the corners. Moreover, it’s able to apply more downforce to one side of the car during cornering, putting more weight (and therefore grip) onto the inside rear wheel — just in case you thought all those ostentatious wings and air scoops were merely for posing.

Driving the car around the track, a bit of a party pooper was the gearshift paddles being fixed in place rather than turning with the steering wheel, meaning that to change gears you have to wait until the steering is either turned straight, or you must take a hand off the wheel to yank a gear while turning, which is not ideal. Still, this didn’t prevent the Aventador SVJ from recently claiming the coveted "king of the ring" title at the Nurburgring nordschleife, that ultimate test of sports car prowess.

It became the quickest road car to lap the iconic German circuit to date — in 6min 44.97.

"We had one bullet in the gun for the Nurburgring attempt," says Maurizio Reggiani, Automobili Lamborghini’s chief technical officer, relating that the team had time to complete only one flying lap on the day.

But that single lap was enough to oust Porsche’s 911 GT2 RS from the top spot by just 2.3 seconds. By such small margins are reputations made in the rarefied sports car ranks, and the king of the ring title is also likely to make the SVJ’s price a little easier to swallow.