FIRST DRIVE | The 2021 Toyota GR Yaris is worth every cent 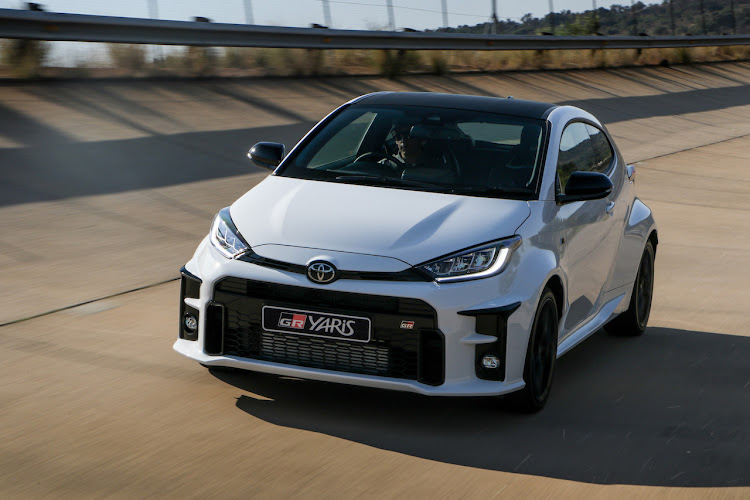 The power-to-weight ratio of the GR Yaris allows for a 0-100km/h sprint in 5.5 seconds and a top speed of 230km/h.
Image: Supplied

Is the new Toyota GR Yaris Rally worth its R715,600 price tag? Many say you would have to be mad to spend that kind of money on a Yaris. I’m here to tell you that it is the best car the Japanese marque has produced in decades.

The GR Yaris is a completely bespoke in-house Gazoo Racing product – that’s Toyota’s racing department and the name behind the acronym. This means that the engineering wizards at one of the world’s most successful motorsport outfits were given the task to build a homologation special for the road, of the vehicle that is campaigned in the World Rally Championship (WRC). The result is extraordinary to say the least – especially in the times we find ourselves in, where everyone is prioritising electric and hybrid vehicles, with internal combustion performance being relegated to yesterday. 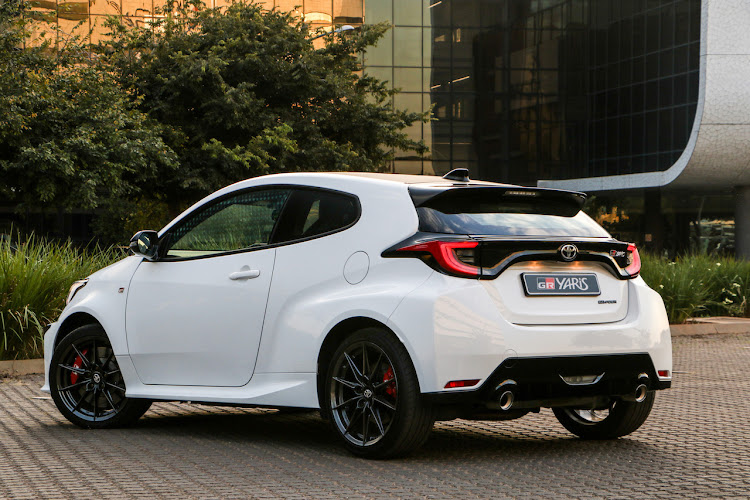 What the engineers have managed to develop is the world’s most powerful production three-cylinder engine ever. The turbocharged, 1.6-litre unit produces an astounding 198kW and 360Nm. Take into consideration that the GR Yaris only weighs 1,280kg, thanks to lightweight body panels and a carbon fibre roof. The power-to-weight ratio allows a 0-100km/h sprint in 5.5 seconds with a top speed of 230km/h.

The 18-inch alloy wheels, wide track and flared wheel arches, along with the sleek, lowered roofline gives a distinct, aggressive appearance. The interior is pretty much standard Yaris fare, save for the bucket seats and aluminium pedals. There are some GR plaques as a subtle reminder that you are in something special.

The standard six-speed manual transmission is a purist’s delight, with a solid, mechanical engagement and short, direct action. The newly developed GR-Four all-wheel drive system is there to make sure the power gets put down to the tarmac, or dirt, as efficiently as possible. And boy, does it do so! It’s not since the original Celica GT-Four that Toyota have implemented their own all-wheel drive system in a car, and that car won four drivers’ and two constructors’ World Rally Championships between 1990 and 1994! 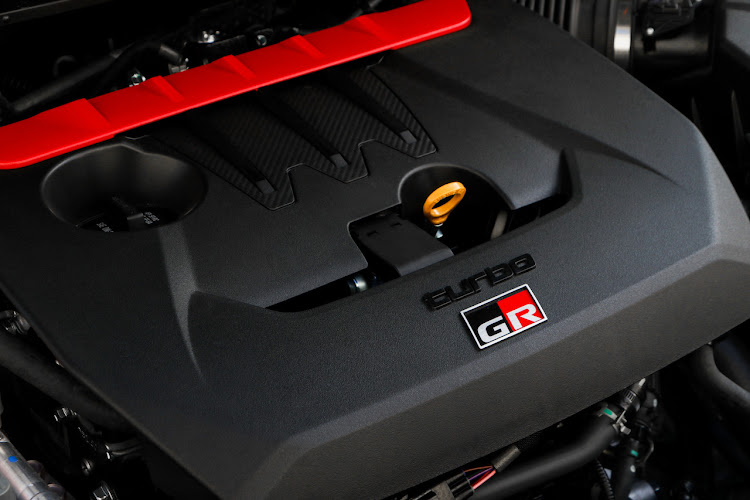 I drove the GR Yaris on Benoni’s Formula K karting track and Red Star Raceway’s short circuit in Mpumalanga, during the launch, to put all the fancy acronyms and marketing lingo into practice.

I expected it to be good, but the first time you attack a corner in anger, you realise that the GR Yaris is nothing short of spectacular. The nose turns in so precisely, so easily. Corner after corner. Whatever the speed. There is just so much grip. The suspension is stiff, but communicates well. Setting the AWD system to Sport mode gives a 30:70 front to rear split, and provides the most entertaining and engaging driving. Track mode offers a perfect 50:50 split and Normal mode is 60:40.

The brakes are massive for a car this small – 356mm discs up front are clamped with four-pot calipers, while the rear has 294mm discs. This translates into immense braking power. The brake pedal feel is just perfect as well. Firm and direct, with no fade despite plenty of laps. 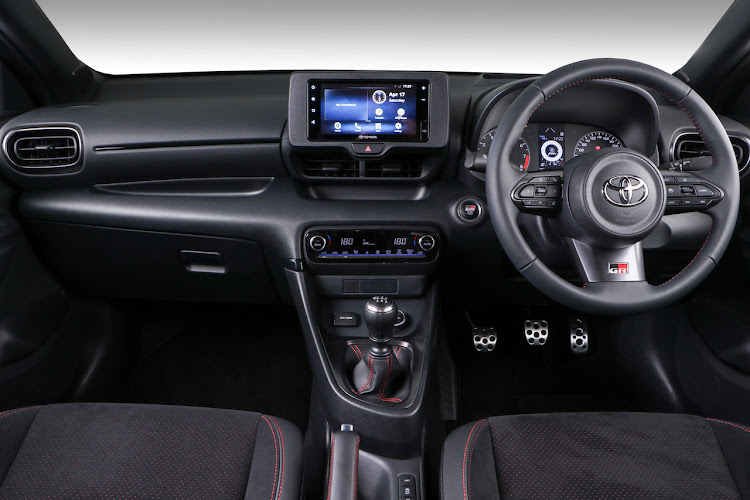 Interior is standard Yaris fare, save for the bucket seats and aluminium pedals.
Image: Supplied

As you gets on the power, way earlier than in almost any other car, you can feel the mechanical limited slip differentials working to catapult the car out of the corner as quickly as possible, and exactly where you're aiming with the steering wheel. The engine is almost always in the power, and even when you drop out of boost on the odd occasion, the three-cylinder has impressive torque to pull you through. The gearing is quite short, and absolutely perfectly suited to the engine’s characteristics. It just makes you want to keep the revs up!

This is not a car for everyone. It’s a car that shows what modern technology is capable of when adopting old-school principles without cost-cutting measures. You could use it as a daily drive, as it is very adept and civilised on the road, but it comes alive on the racetrack. It is capable of evoking real joy, real passion. It’s a homage to pure driving enjoyment for real drivers, and for that it’s worth a lot more than the asking price.

Thomas Falkiner swaps his laptop for some time in the 2021 Ford Mustang Mach 1 – a focussed piece of Americana that turns out to offer a lot more ...
Motoring
2 weeks ago

Classy-looking aluminium speaker grilles get your attention as you climb aboard the new Haval H6. Where have we seen these before? Ah yes, the ...
Motoring
3 weeks ago

REVIEW | 2021 Land Rover Discovery seems neither here nor there

We were lucky enough to report on the Frankfurt Motor Show in 2019. Among the highlights was the reveal of Land Rover’s reinvented Defender. It was a ...
Motoring
3 weeks ago