Horner Will Stay With Red Bull 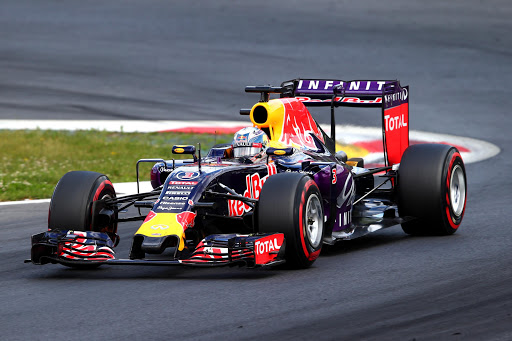 SPIELBERG, AUSTRIA - JUNE 21: Daniel Ricciardo of Australia and Infiniti Red Bull Racing drives during the Formula One Grand Prix of Austria at Red Bull Ring on June 21, 2015 in Spielberg, Austria. (Photo by Mark Thompson/Getty Images)
Red Bull principal Christian Horner has shrugged off speculation about his future and said he is determined to stay on to help the troubled Formula One team resolve its problems. The Times on Tuesday reported that one of Horner’s rival principals had called him on Sunday‚ before the Austrian Grand Prix‚ to commiserate about his supposed departure. The unidentified boss had been given the impression that Austrian Gerhard Berger‚ a former McLaren and Ferrari driver close to Red Bull’s billionaire owner Dietrich Mateschitz‚ was set to replace the Briton.

“I was shocked‚” Horner said. “I had no idea people were talking about me that way. I have a long contract with the team. It is difficult but I had dinner with Dietrich on Saturday evening and we still get along very well. “We know we have problems but we just have to work through them and I’m here to do that.” Red Bull‚ winners of four successive driver and constructor championships between 2010 and 2013‚ have yet to feature on the podium this season. The relationship with under-performing engine partners Renault has been stretched to breaking point while Mateschitz has talked of falling out of love with the sport.

Horner said changes needed to be made to enable Renault and Honda to close the gap on champions Mercedes and Ferrari while the rules should be simplified. However‚ he added that Mateschitz remained supportive of the sport despite the situation. “He’s telling what he thinks. He ultimately is a fan‚ that’s why he’s committed so much of Red Bull’s marketing activities to Formula One‚” said Horner. “If Formula One isn’t generating the return and the coverage for him then of course he’s going to raise questions about that.” Red Bull run two of the 10 teams in Formula One.