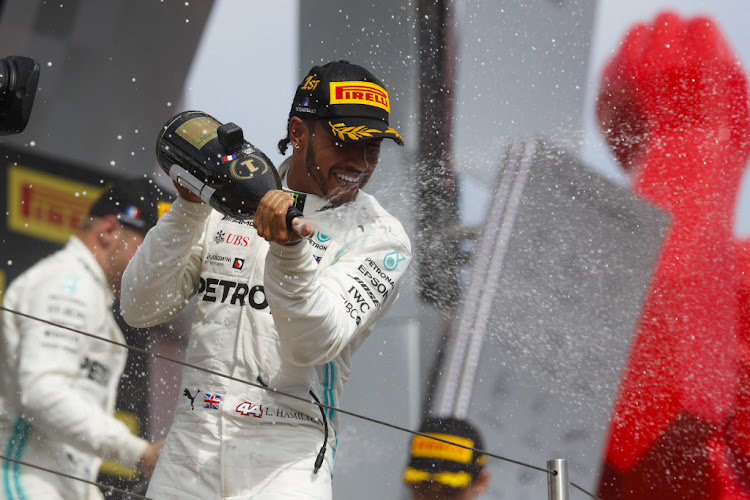 Lewis Hamilton said Formula One's rule-makers should take the blame for boring races, rather than drivers, after Sunday's French Grand Prix served up a strong contender for most soporific of the season.

"If you say that it’s boring ... I totally understand it," the Mercedes driver and five-times world champion told reporters after celebrating a processional sixth win in eight races and fourth in a row.

"Don’t point the fingers at the drivers, because we don’t write the rules," added the Briton, who last week attended a meeting in Paris of the teams and governing FIA to discuss future changes.

"(You) should put the pressure on the people who are at the head, who should be doing the job. I think they are trying to, but for many, many years they've made bad decisions."

Hamilton is now 36 points clear of his teammate, Valtteri Bottas, at the top of the standings, with Ferrari's Sebastian Vettel third overall and with 76 points to make up.

Those who had hoped for a close title battle are turning their thoughts to 2020, with Mercedes seemingly heading for an unprecedented sixth successive constructors' and drivers' title double.

The team has won the past 10 races in a row, with Hamilton triumphant in the past two of 2018, and dominated every practice session and every stage of qualifying at Le Castellet, before leading every race lap.

Hamilton did not have to overtake anybody for race position, nor did he have to defend against a teammate, who finished 18 seconds behind.

Mercedes team boss Toto Wolff recognised fans would have a different view to those who lived the race from the pit wall, with access to all the team radio conversations.

"It’s a different perspective when you sit in front of the TV and when you sit where I sit, when you hear all the things that need to be managed during the race," he said.

"But I hear you. And from a fan's perspective I get it. It's very difficult for me to really tackle that," added the Austrian.

"What would you do if you were in our shoes? You would continue relentlessly to push for performance. It’s what we do in all areas, but equally the fan in me sees races that are less enjoyable to watch."

Ferrari have poured cold water on speculation they have discovered an aerodynamic mapping error that has cost them precious lap time in the battle ...
Sport
2 years ago

Hamilton was asked whether he was tempted to "showboat" for fans, but rejected the notion.

"I think it’s really important for people to realise it’s not the drivers’ fault," he said.

"This is a constant cycle of Formula One for years and years and years ... and it’s because the way (former F1 supremo) Bernie (Ecclestone) had it set up and the decisions they were making back then, it’s still the same.

"Until that management structure changes, it will continue to be the same, in my opinion."

"Paul Ricard has all the ingredients that we need in the south of France, it’s glamorous and it’s a fantastic venue," he said. "And maybe we just need to have a very long straight rather than a chicane in between to allow for more slipstreaming.

"I think if we get the rules right for 2021 in terms of aerodynamic efficiency and the turbulence that we create behind the cars, and look at some new, exciting sporting regulations, I think these are the ingredients to make it a good show."

From a Williams FW17 to a Porsche 935, a British website could unite you with your dream race car
Motoring
2 years ago

Mazda delivers again on that zoom