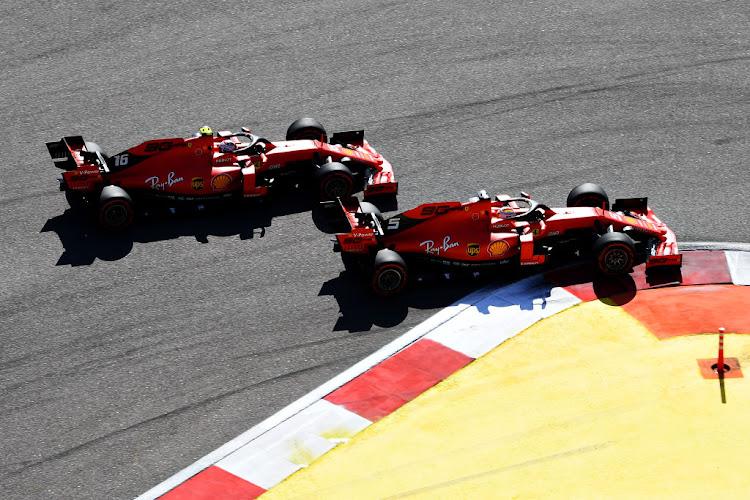 Sebastian Vettel and Charles Leclerc are a "potentially explosive combination" who need to be handled with care by Ferrari, the team's former technical director, Ross Brawn, said on Tuesday.

Brawn, now Formula One's managing director for motorsport, was the strategic mastermind through a golden era for the Italian team when Michael Schumacher racked up five championships in a row from 2000 to 2004, adding to two won with Benetton.

Vettel, 32, is a four-times world champion but the German has been outperformed this season by 21-year-old rising star Charles Leclerc, who has taken six pole positions and two victories.

The pair stood out in last Sunday's Russian Grand Prix for testy exchanges over the radio after Ferrari tried to swap their positions in a failed bid to engineer a one-two finish.

"Ferrari has clearly made a lot of progress in recent weeks, but it still probably has to deal with a few internal issues in terms of the balance between its drivers," Brawn said in a review of the weekend.

"It's a potentially explosive combination and needs careful handling."

Brawn said Vettel was still one of the finest drivers on the grid, despite a string of costly mistakes in recent seasons, and Leclerc was an "incredible talent" and "a star in the making".

He said Ferrari principal Mattia Binotto, whose long career at Ferrari goes back to the Schumacher era, knew how to deal with the situation.

"Now the honour and obligation falls to him to make sure that mechanism that drives what can be healthy rivalry runs smoothly," said Brawn.

With five races remaining, Leclerc is third overall in the championship and 107 points behind Hamilton. The Monegasque is 21 clear of Vettel.

Asked whether new engine deals might reflect planning for a future where Mercedes focused on supplying engines rather than running a works team in ...
Motoring
1 year ago

Ferrari faces the fallout of two roosters in one henhouse