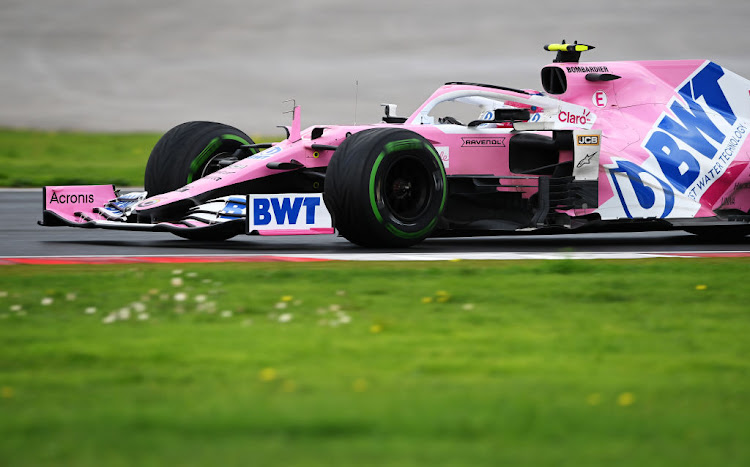 Stroll, whose Mexican teammate Sergio Perez finished second, was leading the race until he pitted for fresh intermediate tyres on lap 36 at Istanbul Park.

The 22-year-old then slid down the order, ending up ninth, after reporting heavy tyre graining.

“It was discovered during the team’s routine after-race car set down that damage to the underside of Lance’s front wing was a significant contributor to the severe graining issues,” Racing Point said.

“Pitting for a fresh set of intermediates on lap 36 failed to resolve the problem with the graining becoming even more severe.”

Racing Point said a strake on the underside of the wing had come loose and caused a blockage leading to a significant loss of front downforce and increased graining.

“It was only after the race, when the car returned to the garage, that the damage and blockage to the underside of the front wing was discovered,” the team said.

Stroll told reporters after the race - won by Mercedes' now seven-time world champion Lewis Hamilton from sixth position - that he did not understand what had happened.

Vettel acclaims Hamilton as 'the greatest of our era'

Four-time world champion Sebastian Vettel hailed Lewis Hamilton as the greatest of his era after the Mercedes driver celebrated his seventh Formula ...
Motoring
5 months ago

Britain's Lewis Hamilton choked back the tears as he won a record-equalling seventh Formula One world championship on Sunday and became the most ...
Motoring
5 months ago
Next Article