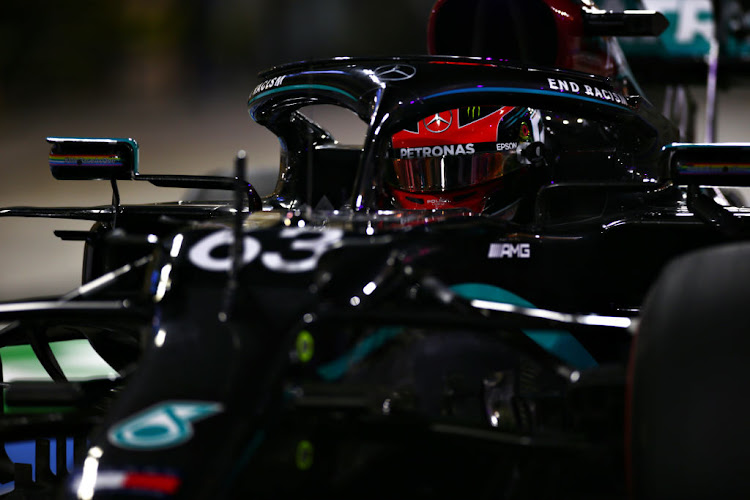 George Russell of Great Britain driving for Mercedes in the Pitlane during practice ahead of the F1 Grand Prix of Sakhir at Bahrain International Circuit on December 4 2020 in Bahrain.
Image: Peter Fox/Getty Images

George Russell established himself at the top of the Formula One timesheets on his first outing as seven-times world champion Lewis Hamilton's stand-in with the fastest time in Friday's opening practice session for the Sakhir Grand Prix.

The 22-year-old, seated in Hamilton's Mercedes after the Briton tested positive for Covid-19, lapped the 3.5-km outer circuit of the desert track that also hosted last weekend's Bahrain Grand Prix in 54.546 seconds.

Red Bull's Max Verstappen and Alexander Albon were second and third respectively, with Mercedes' Valtteri Bottas only managing fourth, 0.322 seconds off the pace.

Grosjean's 28-second struggle to stay alive, in his own words

F1 rookie Mick Schumacher can count on Vettel for advice

Sebastian Vettel said he will be on hand to offer advice to Mick Schumacher, son of his boyhood idol and seven-times world champion Michael, when he ...
Motoring
1 year ago