Bahrain vaccine offer taken up by some F1 team members 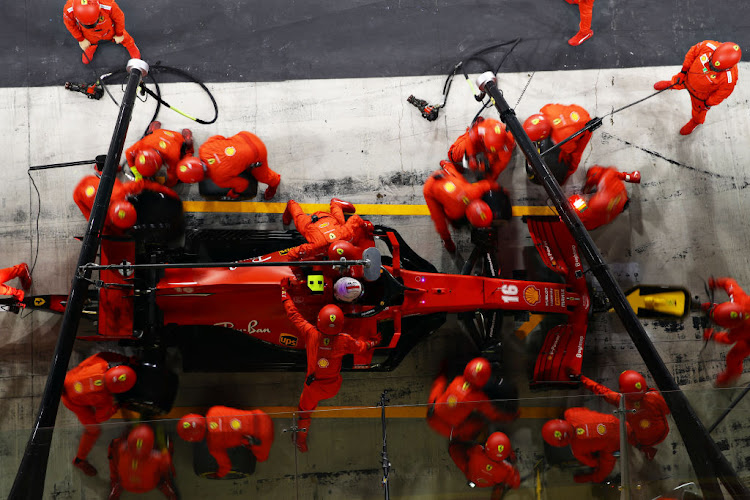 Some members of the Ferrari F1 team have taken up Bahrain's offer of Covid-19 vaccinations ahead of testing and this month's season-opener, despite the sport's reluctance to jump any queues.
Image: Mark Thompson/Getty Images

Some Formula One team members, including from Ferrari and Mercedes, have taken up Bahrain's offer of Covid-19 vaccinations ahead of testing and this month's season-opener, despite the sport's reluctance to jump any queues.

Italy's Gazzetta dello Sport newspaper reported on Wednesday that 90% of Ferrari staff in Bahrain had accepted the offer of the Pfizer-BioNTech vaccine on arrival.

There was no official comment from the Italian team. Sources at several teams told Reuters it was a matter of personal choice.

Italy has registered more than 100,000 deaths linked to Covid-19 since February last year, the second-highest toll in Europe after Britain, and the country's vaccination campaign has started slowly.

Bahrain GP organisers last month offered jabs to all participants before this weekend's testing, with a second dose to be delivered after the March 28 race.

British-based Formula One at the time ruled out being vaccinated as a travelling group and CEO Stefano Domenicali told reporters the most vulnerable in society remained the priority.

“We need to be prudent and see and respect what is the situation with the more vulnerable people and we don't want to be seen as the ones taking away for sure,” added the Italian.

Mercedes team boss Toto Wolff, who has had the virus, told German reporters last week that his British-based team would leave it to individuals to decide.

“It is a personal decision who would like to be vaccinated and who would not and not a decision that we make as a team, in one direction or the other,” he said.

Formula One's official safety and medical cars will be provided by both Aston Martin and Mercedes at different events this season, the governing body ...
Motoring
1 month ago

Formula One's governing body revealed on Friday that Romain Grosjean's Haas car crashed into barriers at 192km/h and with a peak force of 67G before ...
Motoring
1 month ago
Next Article