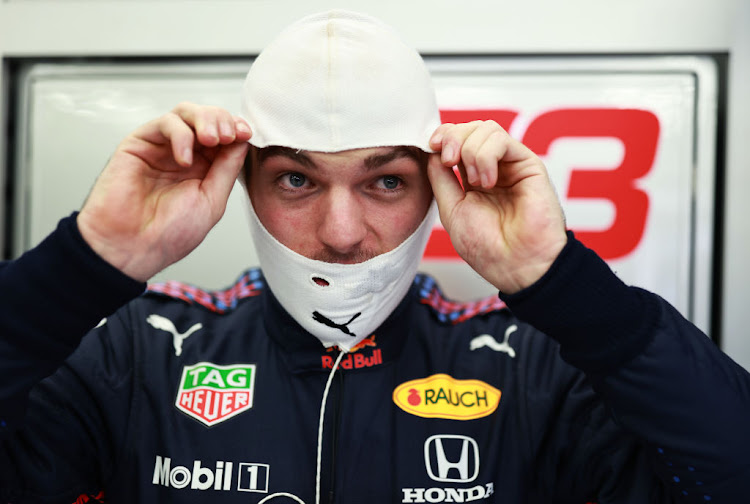 Max Verstappen prepares to take to the track during day one of F1 testing at Bahrain International Circuit on March 12 2021.
Image: Mark Thompson/Getty Images

Max Verstappen enjoyed Formula One's preseason testing a lot more than Mercedes' seven times world champion Lewis Hamilton at the weekend but the Red Bull driver was not about to talk up his title chances.

“I don't think we are the favourites,” said the 23-year-old, pointing to the fact that Mercedes have won the past seven drivers' and constructors' titles and have Hamilton, 36, going for his record eighth crown.

“I think it's still the same as before we came to the test,” added the Dutch driver.

Despite Verstappen's understandable caution, the three days of testing in Bahrain has raised hopes of a much closer battle this year, and the prospect also of a generational changing of the guard.

Mercedes completed the least laps of any team, after a gearbox problem on Friday, and recognised they had a lot of work to do and not much time between now and the season-opener in Bahrain on March 28.

Hamilton spun twice in two days while teammate Valtteri Bottas, despite being fastest on Saturday, described the rear end as “snappy and unforgiving” and said the W12 car needed calming down.

“I absolutely believe that the car and team has the potential to fight for the title,” said the Finn on Sunday, however, addressing the concern with words that would normally not need saying. “I don't think the package is quite there yet in terms of performance but I have no doubt it will be.”

Verstappen was quickest on two of the three days in a car that looked stable and reliable. New Mexican teammate Sergio Perez, a winner with Racing Point last year, also did plenty of laps.

He was wary, however, of making too much of testing — mindful that appearances can be deceptive.

In 2019, Mercedes had looked up to half a second off Ferrari's pace in testing and then finished one-two in the opening race in Melbourne.

“I don't want to be the guy that says a team's doing bad or good and then they just prove me wrong and make me look like a muppet,” said Norris.

Williams driver George Russell, who has a long-term Mercedes contract and filled in for Hamilton in Bahrain last year when his compatriot tested positive for Covid-19, was also sceptical.

“They're Mercedes. They're going to be fine,” he said. “I'm pretty confident of that.”

Martin Truex Jnr had won 27 Cup races in his career and was the 2017 Series champion, but in 30 starts at Phoenix Raceway, he had never won a race – ...
Motoring
10 months ago

Formula One teams wrapped up three days of pre-season testing in Bahrain on Sunday with Max Verstappen fastest for Red Bull and AlphaTauri's Yuki ...
Motoring
10 months ago

Nico Hulkenberg would be a good fit as a Formula One reserve driver for Mercedes and McLaren this season but nothing has been signed yet, Mercedes ...
Motoring
10 months ago