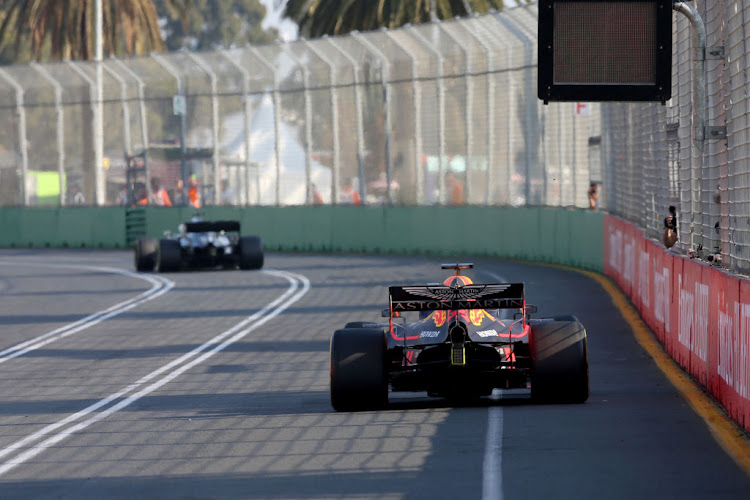 Australian Grand Prix chief Andrew Westacott said on Monday he was “confident” the race would go ahead in November but poured cold water on the idea that Melbourne could host back-to-back rounds of the Formula One championship.

The 2020 edition of the Australian Grand Prix was cancelled at the last minute as the Covid-19 pandemic took a hold on the world and the 2021 race has been moved from its traditional season-opening spot to November.

Australia's borders remain effectively closed, however, and the government said last week that they could remain so until the middle of next year.

Westacott said the fine details of the health protocols that would allow Formula One teams to enter Australia and race were still being negotiated.

“We're all systems go for November 21 for the Formula One event,” the CEO of the Australian Grand Prix Corporation told ABC TV on Monday.

“We're working very, very closely in concert with the Victorian government on every aspect of the Covid-19-safe plans.

“As you can imagine, it's something very, very complex, it's very much a work-in-progress, and we're working with the Victorian government ... on every one of the details right now.”

The one major international sporting event to take place in Melbourne since the start of the pandemic was the Australian Open tennis championships in February.

That was only possible after all players and support staff coming from outside Australia had quarantined for 14 days – a logistical impossibility for the Formula One teams who are scheduled to race in Brazil on November 7.

“We're going to finalise all those details over the next four to five months,” Westacott added in an interview on Melbourne's 3AW radio. “None of it is finalised, it's been worked through at the moment.”

With the health situation in Brazil threatening that race, Australian driver Daniel Ricciardo last month suggested the teams might head straight to Australia for two rounds of the championship.

“I think the people in Brazil are very, very dead set on hosting their grand prix two weeks earlier than us,” he added.

“We want to concentrate on delivering one GP here in Melbourne on November 21 ... Our job is to deliver it very successfully.”

Alex Bowman used a hyper-fast pit stop during a caution with 99 laps to go to take the lead from teammate Kyle Larson and used clean air from there ...
Motoring
5 months ago

Monaco Grand Prix winner Daniel Ricciardo is revved up for the return of Formula One's glamour race this week but fears an 'empty' feeling compared ...
Motoring
5 months ago

McLaren's cars, drivers and team will sport a retro look for the return of Formula One's Monaco Grand Prix this week with a special one-off livery in ...
Motoring
5 months ago