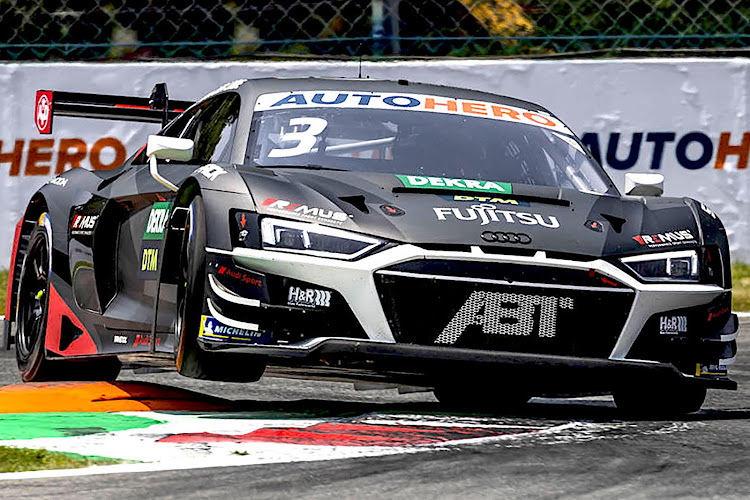 It was a dream DTM (German Touring Cars) debut for SA driver Kelvin van der Linde, who won the opening round of the championship in Monza, Italy on Sunday.

On his birthday, Van der Linde took a lights-to-flag victory after taking pole position in his Audi R8, and leaves Monza in the championship lead.

It is Kelvin’s rookie DTM season after being signed by the Abt Audi team alongside Mike Rockenfeller.

The South African has been successful in GT3 racing in Europe, winning the Nürburgring 24 Hours in 2017 and scooping the ADAC GT Masters titles in 2014 and 2019.

In 2012 he became SA’s youngest ever national champion when he won the Volkswagen Polo Cup at the age of 16. The following year he won his first international title, the Volkswagen Scirocco R-Cup.

In 2015, Kelvin was promoted to the role of Audi factory driver, winning some of the world’s most prestigious events in the years that followed.

“For me, competing in the DTM is a dream come true and I’m very grateful to be given this opportunity,” Van der Linde told Motorsport.com when he was signed by the Abt Audi team earlier in 2021.

Kelvin’s brother, Sheldon, has followed a similarly stellar climb through motorsport’s ranks, and in 2019 became the first South African to compete in the DTM series. He was part of the three-man BMW M6 team who took victory in the rain-affected Kyalami 9 Hour in December.

The tide is turning in Red Bull's favour

Reuters reports Kyle Larson put in another dominating performance on Sunday as he easily won the Ally 400 NASCAR Cup Series race at Nashville ...
Motoring
1 year ago

Reuters reports Mercedes' seven-times world champion Lewis Hamilton played down the pain of his latest defeat by Formula One leader Max Verstappen in ...
Motoring
1 year ago