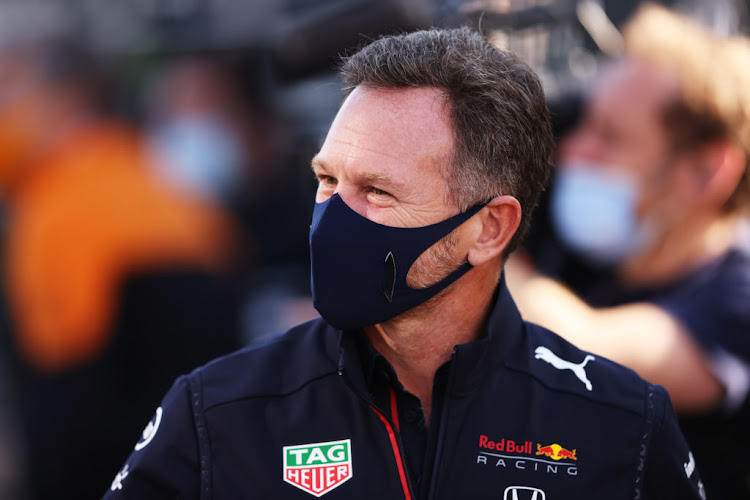 Red Bull Racing team principal Christian Horner before practice ahead of the F1 Grand Prix of The Netherlands at Circuit Zandvoort on September 3, 2021 in Zandvoort.
Image: Dan Mullan/Getty Images

Red Bull are seeking to secure Alexander Albon's Formula One return next season, with seats opening up at Alfa Romeo and Williams, while Mercedes are keen to place their new Formula E champion Nyck de Vries.

Albon, 25, drove for Red Bull's main team last year but lost his seat to Mexican Sergio Perez, who has been confirmed for 2022. The British-born Thai has been racing in the German Touring Cars (DTM) series.

"Williams and Alfa Romeo have both expressed interest and we’re keen to see him back racing in Formula One. Hopefully that can get resolved over the next few days."

With Alfa Romeo's Kimi Raikkonen retiring at the end of the season and Williams' George Russell lined up to replace Valtteri Bottas at Mercedes, Formula One is braced for a driver shake-up.

Bottas is expected to replace Raikkonen but there are doubts about the second Alfa seat, currently occupied by Italian Antonio Giovinazzi with engine provider Ferrari having a say in who fills it.

Albon is, however, driving an AF Corse Ferrari in the DTM with sponsorship from Red Bull's AlphaTauri.

While Williams use Mercedes engines, the team also has ties to Red Bull through boss Jost Capito, who worked closely with the energy drink brand as a sponsor while he was head of Volkswagen Motorsport.

Asked whether Albon would be released from his contract if an offer came in from a team linked to Mercedes or Ferrari, Horner said Red Bull just wanted the British-born Thai to be racing again.

"We'll accommodate whatever we can to ensure he's back in a race seat next year," he said.

De Vries has also been linked to both Williams and Alfa, but Mercedes motorsport head Toto Wolff said Albon was key to events.

"At the moment it revolves around Alex Albon, who as Christian says, deserves a seat," said the Austrian.

"He's a really good kid and he's probably the main protagonist in the moving chairs."

"Nyck has a guaranteed seat in Formula E with us and I'm in two minds.

"I wish him to be in Formula One but I don't want to lose him for our Formula E campaign."

Hamilton 'would be happy' to have 'incredibly talented' Russell as teammate

Seven-times world champion Lewis Hamilton praised George Russell on Thursday and said he would be happy to have him as his Formula One team mate next ...
Motoring
10 months ago

Valtteri Bottas played down hopes of an imminent announcement about his Formula One future on Thursday after fellow-Finn Kimi Raikkonen announced his ...
Motoring
10 months ago