Russell to join Hamilton at Mercedes in 2022 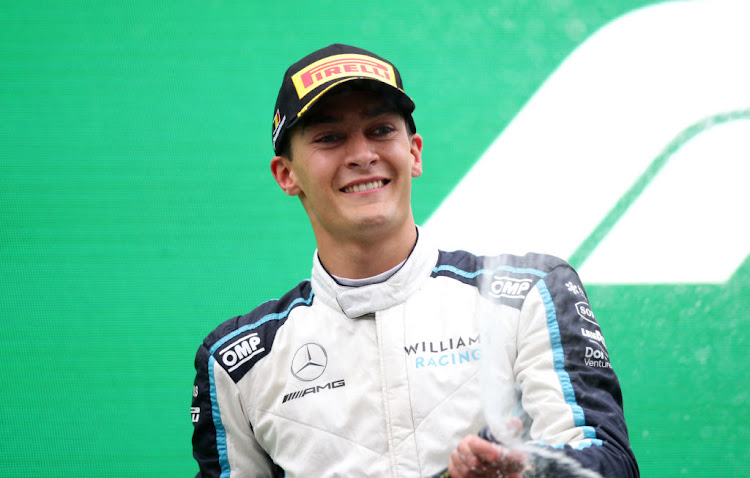 George Russell will replace Valtteri Bottas and race for Mercedes next season in an all-British line-up with seven-time world champion Lewis Hamilton, the Formula One team said on Tuesday.

The news was entirely expected and effectively confirmed when Bottas, 32, announced on Monday his switch to the Alfa Romeo team.

Russell, who is in his third season at Williams, will be Hamilton's first new team mate since Bottas also joined from Williams in 2017 to take the place of retired 2016 world champion Nico Rosberg.

Mercedes have won the last seven drivers' and constructors' championships and are leading the current team standings after 13 races, though Hamilton is three points behind Red Bull's Max Verstappen.

“I'd be lying if I said I wasn't absolutely buzzing. It's a huge opportunity and one I want to grab with both hands,” said Russell, 23.

“But I'm under no illusions as to the scale of the challenge; it's going to be a steep learning curve.

“I've looked up to Lewis since I was in go-karts and the opportunity to learn from someone who has become a role model both on and off track can only benefit me as a driver, a professional, and a human being,” added the 2018 Formula Two champion.

The youngster has already raced once for Mercedes, a standout performance at last December's Sakhir Grand Prix in Bahrain when Hamilton tested positive for Covid-19 and was unable to start.

Russell qualified on the front row and led from the start but finished ninth after the team made a mess of the pit stop and he then suffered a late puncture after an impressive fight back through the field that also brought him the fastest lap.

He scored his first points for Williams this season, again catching the eye with a sensational qualifying performance in the wet in Belgium to put his uncompetitive car on the front row.

He took second place in that 'race' in Spa that ended after a couple of laps behind the safety car.

Mercedes team boss Toto Wolff said the decision to replace Bottas had nonetheless not been an easy process or a straightforward decision.

The Finn was strongly backed by Hamilton, who has had a relatively easy time over their years together and has won the last four titles, but Russell is managed by Mercedes and has long been seen as the face of the team's future.

“He has been a winner in every racing category - and the past three seasons with Williams have given us a taste of what the future could hold for him in F1,” said Wolff.

“Now, it is our challenge together to help him continue learning within our environment and alongside Lewis, the greatest F1 driver of all time.

“I am confident that as their relationship grows, they will form a strong team and deliver for Mercedes on and off the track in the years ahead.”

Russell's departure leaves Mercedes-powered Williams with a seat to fill.

Gasly and Tsunoda will stay at AlphaTauri for 2022

Pierre Gasly and Yuki Tsunoda will continue to race for AlphaTauri in Formula One next season, the Red Bull-owned team said on Tuesday
Motoring
4 months ago

French driver Pierre Gasly is too good to stay at AlphaTauri if there is no chance of returning to Red Bull's main team, Formula One's MD for ...
Motoring
4 months ago

Seven-times world champion Lewis Hamilton hailed Valtteri Bottas as his best teammate after the Finn's move to Alfa Romeo from Mercedes in 2022 was ...
Motoring
4 months ago