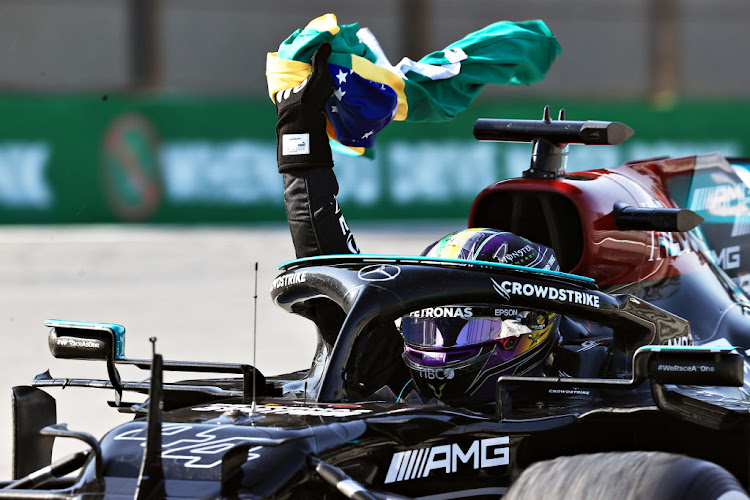 Seven-times Formula One world champion Lewis Hamilton was fined €5,000 (roughly R87,774) on Sunday after he released his seat belt and collected a Brazilian flag to celebrate victory at Interlagos.

Stewards had summoned a Mercedes team representative for an alleged breach of the sporting code by their driver.

The code states drivers "must be properly restrained in their seat by safety belts at all times during a competition when it is mobile on a circuit, pit lane, special stage or competition course".

Hamilton had slowed after winning the race to wave at the crowd and collect the flag.

"While the stewards are sympathetic to the desire to celebrate, it is fundamentally unsafe to undo seatbelts while the car is in motion," the decision said.

"Slow speeds in these cars are very fast for an unrestrained occupant.

"Further, Formula One drivers set the example for junior categories. It is critical  junior category drivers learn the importance of using all the safety devices of the car at all times."