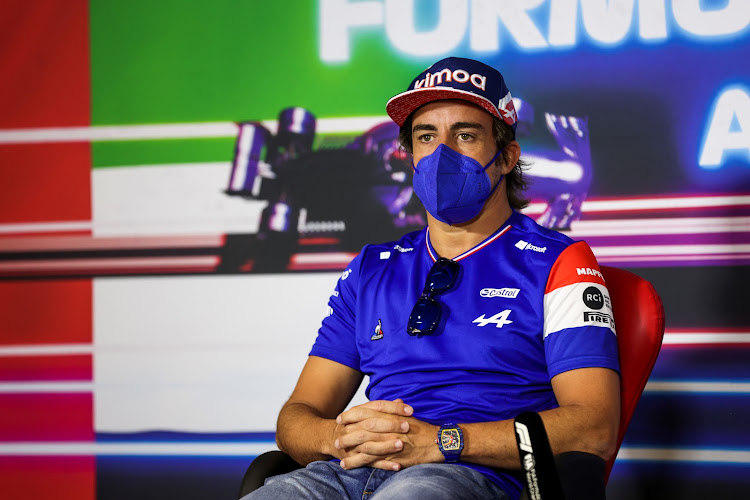 Alonso fractured his jaw in a collision with a car while cycling on a road near his home in Switzerland in February.
Image: Reuters

Alpine's Fernando Alonso said he will undergo surgery in January to remove titanium plates from his jaw which were fitted after a road accident earlier this year.

The double world champion fractured his jaw in a collision with a car while cycling on a road near his home in Switzerland in February.

“This January I will have to remove the plates from (my) face so I will have two weeks off,” Alonso told F1's website.

“After that we need to go into winter testing with a good programme, physically and also in the car. I need to be prepared or to get ready a little bit better than last year. The accident in February with the bicycle didn't help.”

The 40-year-old will be the most experienced driver on the grid in 2022 after Kimi Raikkonen's retirement.

“Physically, I think the cars of today are not very demanding. I think in 2004, '05, maybe the age was a limitation,” Alonso said. “I can do 300 laps with these cars, so there is not a problem physically. “I'm super strong, I'm ready, I can start the season next week in Bahrain.”

Alonso had one podium finish in the recently-concluded season, finishing third in Qatar and ending 10th in the drivers' standings.