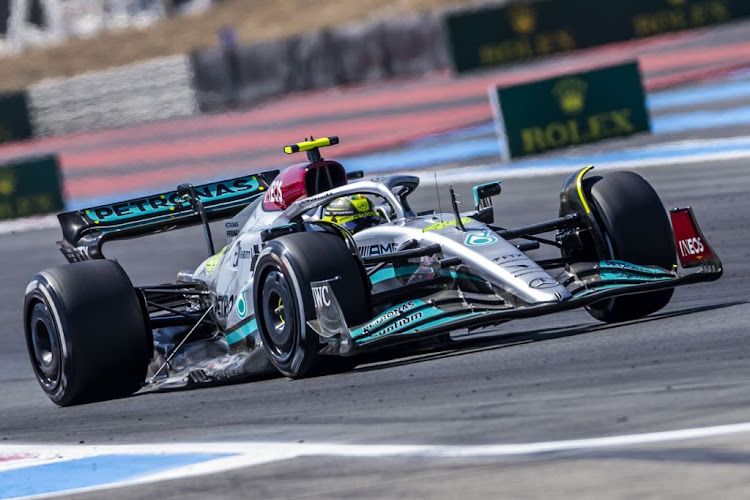 Mercedes have particularly suffered from porpoising and are yet to win a race after taking the constructors' title for eight years in a row, but they appear to be getting on top of the problem now.
Image: ANP via Getty Images

Formula One teams say they need a quick decision, preferably before the August break, on proposed 2023 technical changes that aim to end the sport's 'porpoising' problem but have divided the paddock.

The governing FIA wants to tackle vertical oscillation, a phenomenon where cars bounce at speed like a porpoise through water.

The problem is a consequence of this year's major aerodynamic changes.

The plan is to raise the floor edges of cars by 25mm and perform more stringent lateral floor deflection tests.

Some teams, such as Ferrari and Red Bull, who do not have a problem with porpoising argue that the proposals favour those who got this year wrong and should not be forced through on safety grounds.

Either way, all need to know what rules apply for 2023 to avoid wasting precious time and resources under the cost cap, with new car development and design ramping up after August.

“It's not yet too late, but we can't afford waiting another four or six weeks,” said Alfa Romeo technical director Jan Monchaux.

“I would prefer those changes will be for '24 but if it comes for '23, I think now just before the (August) shutdown is kind of the latest that is acceptable.”

“Are they going to change? If so, let's get on with it and agree it,” he said.

“We know as a team we need to fix our problems ourselves and we set that as an objective from day one and we're pretty confident that we can achieve that objective. So that's why I said for us, the big thing is we just want clarity on it.”

McLaren's James Key said “the sooner we know the final numbers, the better”.

Red Bull principal Christian Horner earlier pointed the finger at Mercedes, suggesting the changes were “so a certain team can run its car lower and benefit from that concept”.

Mercedes have particularly suffered from porpoising and are yet to win a race after taking the constructors' title for eight years in a row, but they appear to be getting on top of the problem now.

“You can understand the conundrum of teams that don't want the regulations to change. We don't know, as Mercedes, that a regulation change will suit us,” said Shovlin.

“Our stance would be that if we want to solve some of the fundamental issues, you're not going to do that leaving the rules alone.”