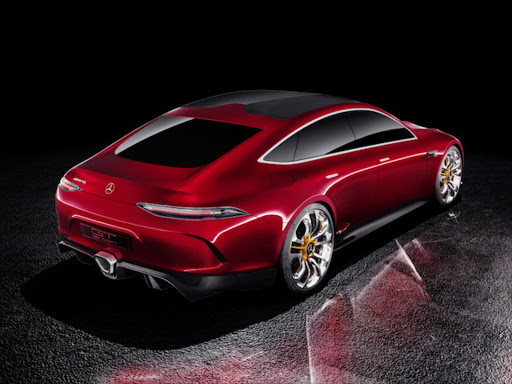 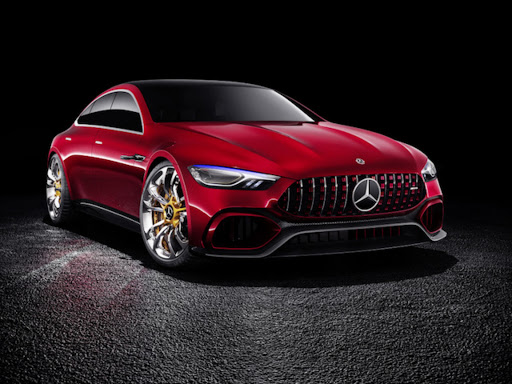 Remember when Mercedes-Benz did a BMW X6 with their GLC Coupé? Well at the 2017 Geneva Motor Show happening now they've gone and done a Porsche Panamera with their Mercedes-AMG GT Concept.

Hinting at what is likely to become a future production model, this performance-orientated four-door saloon is not only taking the fight to Porsche but also serving as a showcase for the firm's 'EQ Power+' badge that has been borrowed from the championship-winning W08 EQ Power+ Mercedes-AMG Petronas Motorsport Formula 1 car.

This means that there's plenty of trick hybrid technology present. And in the AMG tradition it's powerful. A twin-turbocharged 4.0-litre V8 engine has been fused to a high-output electric motor juiced by special scalable batteries that get their charge via engine braking or the engine itself. With 600kW of power on tap the Mercedes-AMG GT Concept will, in theory, reach 100km/h in less than three seconds. Which is stupendously quick.

Performance aside, other standout features include an angry 'Panamericana' radiator grille, spacy daytime running light 'chords' that can be freely styled as well as advanced 'mirror cam' cameras that take the place of conventional side mirrors.

There's also a racy new paint on debut called 'Hot Red' that, thanks to a special formulation, apparently 'shimmers like liquid metal' under natural light. Yep, the Mercedes-AMG GT Concept is definitely one of the early stars of this year's Geneva Motor Show. – Thomas Falkiner