McLaren looks to Asia and hybrid cars to stay on track 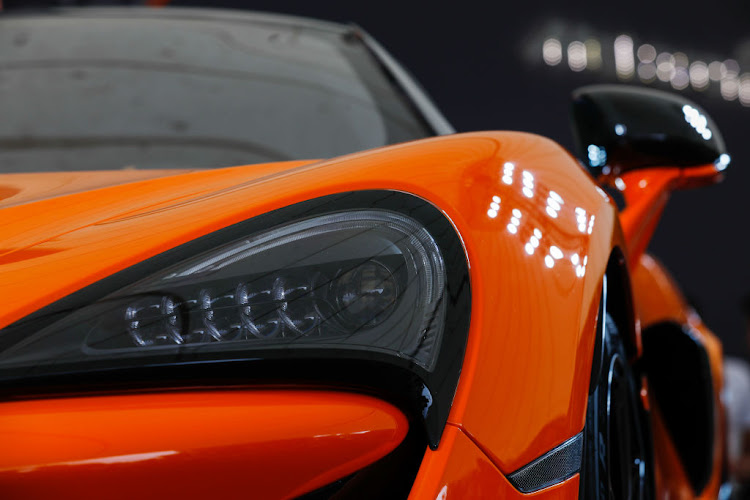 A headlight on the McLaren 600LT supercar, manufactured by McLaren Automotive Ltd, during the car's launch at the Goodwood Festival of Speed near Chichester, in the UK, on July 12 2018.
Image: Luke MacGregor/Bloomberg via Getty Images

British exotic sports car maker McLaren Automotive will bank on expanded sales in Asia and a new generation of hybrid cars as it steers towards a potential public offering, the company's CEO said on Tuesday.

“We need to put more cars into Asia,” McLaren CEO Mike Flewitt said in a meeting with reporters in Detroit. Sales of McLaren's carbon fibre and aluminium sports cars, which start at about $200,000 (roughly R2,928,230) in the US, have fallen in the UK, its largest market. Flewitt said that reflects uncertainty over Brexit.

Demand in the US and in Asian markets outside China remains strong, he said.

McLaren plans to open dealerships in Vietnam and the Philippines, Flewitt said. “The next big ones are India and Russia. We're not in either and probably should be.”

Flewitt has said in the past that the owners of the McLaren Group, led by Bahrain's sovereign wealth fund, are considering an initial public offering by 2025. An IPO would likely come after all parts of the group, including McLaren Racing and a unit that markets technology, were generating cash, he said on Tuesday.

Exotic sports car makers have a mixed record on public markets. Ferrari NV has been one of the auto sector's best-performing stocks, up 68% this year. However, British premium sports car maker Aston Martin Lagonda Global Holdings has suffered a 59% decline.

An important piece of McLaren's expansion strategy will be unveiled next spring - a hybrid car with a new architecture under the skin. However, McLaren does not plan to follow its rivals into the SUV market.

“We couldn't afford to do it,” Flewitt said, adding, “it just doesn't fit the brand”.

By 2024, McLaren will have additional production capacity coming online to increase sales to 6,000 cars a year - if the company can hit that volume without sacrificing profit margins, Flewitt said.

Profitability has played a role in McLaren's decision, so far, not to develop an all-electric car, Flewitt said.

Eventually, the super car niche will go electric, but for McLaren that will have to wait for lighter, lower-cost, solid-state batteries to be ready for commercial use, he said.

“Nobody is out there making money with electric cars,” he said. “We can do what we need to do with hybrids.”

Join Ignition TV presenter Marius Roberts as he puts the awesome 2019 McLaren 600LT through its paces.
Motoring
2 years ago