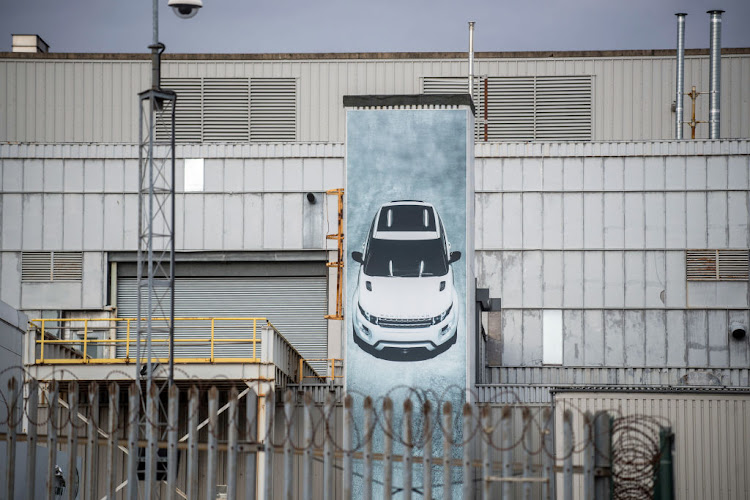 A poster featuring a Range Rover Evoque outside Jaguar Land Rover's assembly plant in Halewood, UK. This and two other UK-based plants are in danger of running short of plants due to the coronavirus.
Image: Matthew Lloyd/Bloomberg via Getty Images

Jaguar Land Rover has enough parts from China to maintain its British production for the next two weeks, but not beyond that at the moment due to the impact of the coronavirus outbreak, the firm's boss said on Tuesday.

Britain's biggest carmaker, which operates three car factories in its home market, joined major global companies such as Apple in warning of the impact of the virus on supply chains.

The rapidly spreading virus has killed nearly 1,900 in China and stricken some 72,000 people, confining millions to their homes, disrupting supply chains and delaying reopening of factories after the extended Lunar New Year holiday break.

“We have flown parts in suitcases from China to the UK.”

He said the firm's Chinese factory would open next week and was “safe for the very first week”.

Sales were not currently happening in China and it was unclear when they would return, he added.

The boss of Tata Motors, JLR's parent company, said the company does not have sufficient visibility regarding parts suppliers from China.

“We are safe for the month of February and for a good part of March,” said Guenter Butschek. “Are we fully covered at this point of time for the full month of March? Unfortunately not.”

Tesla in talks to use cheaper, cobalt-free batteries in Chinese-made cars

Tesla is in advanced stages of talks to use batteries from CATL that contain no cobalt - one of the most expensive metals in electric vehicle (EV) ...
Motoring
2 years ago

Formula One teams are keeping a close eye on the health situation in Vietnam after the Chinese Grand Prix was postponed due to the coronavirus ...
Motoring
2 years ago

Car sales in China are likely to have fallen 18% in January, their 19th consecutive month of decline, an industry body said as the outbreak of ...
Motoring
2 years ago