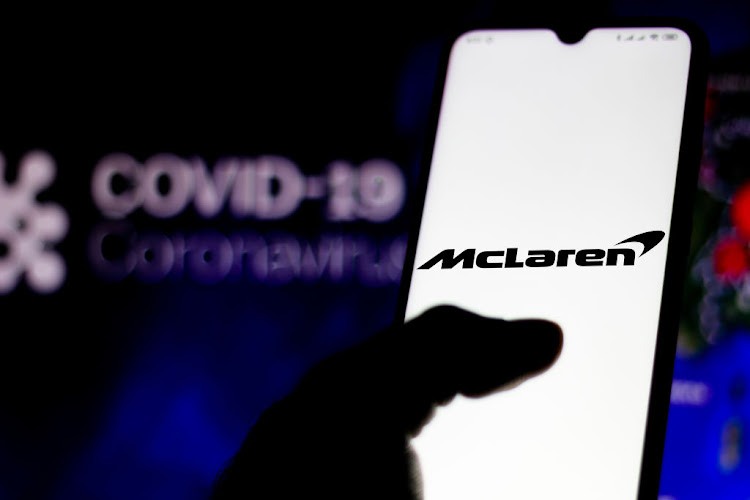 McLaren saw group revenues plummet from £284m (roughly R6.01bn) to £109m (R2.33bn) in the first quarter of 2020 due to the Covid-19 pandemic, results on Thursday showed.
Image: Illustration by Rafael Henrique/SOPA Images/LightRocket via Getty Images

The sportscar maker also reported a plunge in car sales to 307 units over the three months, compared to 953 in the same period last year, with dealerships closed and factory production halted.

It said second quarter figures were expected to be in line with Q1, but saw a stronger performance in the second half and also detected the first signs of recovery during May, particularly from China due to relaxed restrictions.

Supercar maker McLaren to cut 1,200 jobs across group amid pandemic

British supercar maker McLaren Group said on Tuesday it would cut 1,200 jobs under a proposed restructuring programme as it deals with the impact of ...
Sport
2 years ago

The Woking-based company said McLaren Group was "looking at a number of potential financing alternatives, secured and unsecured, of up to £275m [R5.88bn] equivalent to strengthen its liquidity position".

The figures provide a backdrop to the redundancies and restructuring announced on Tuesday, with more than a quarter of the 4,000-strong workforce to go

The F1 team, which finished fourth last year, is expected to shed 70 of its 800-plus employees, although it said this mainly reflects the need to meet Formula One's $145m (R2.53bn) budget cap to be introduced next year.

McLaren said revenues of its racing division were £4.4m down (R94m) on first quarter 2019 due to the reduced prize fund resulting from the Formula One season not starting.

That was partially offset by £4.1m (R87.6m) of increased sponsorship, however.

Formula One expects to start racing in July, with plans to complete a reduced season of 15-18 grands prix compared to the 22 originally scheduled.

Global car sales for Japanese car makers more than halved in April as the coronavirus pandemic forced governments to impose lockdowns that left ...
Motoring
2 years ago

Spain says Nissan has decided to close its Barcelona plant

Japan's Nissan Motor Co has decided to close its factory in Barcelona, resulting in the loss of about 3,000 jobs as part of a worldwide restructuring ...
Motoring
2 years ago