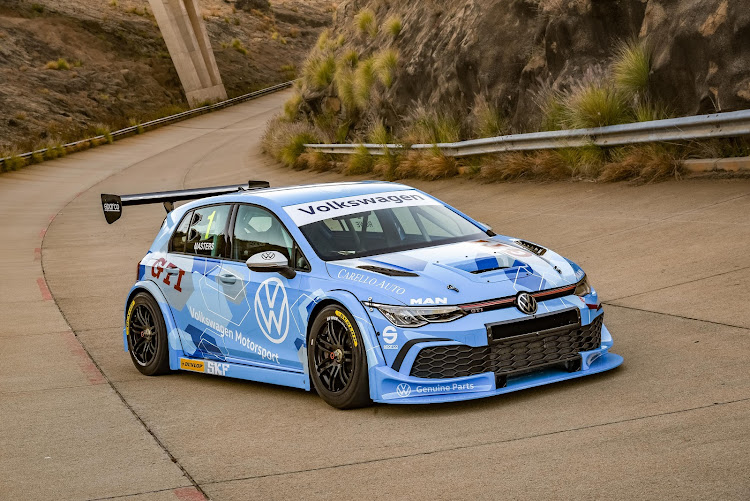 The racing version of the new Golf 8 GTI.
Image: Supplied

If you want to see what a Volkswagen Golf 8 GTI looks like souped up to its full motor racing potential, here it is.

Endowed with pumped-out wheel arches and a giant tail fin that would make a Subaru STI blush, the galloping Golf is VW SA’s challenger to defend its title in next year’s local Global Touring Cars (GTC) racing series. The Golf replaces the Jetta that has been VW’s contender in the series for the past four years as the sedan is no longer offered in SA.

“Even though the Golf 8 GTI will only be officially launched and available from South African dealers in 2021, we wanted to use this opportunity to showcase the Golf 8 GTI's performance attributes ahead of the local market introduction,” said Martina Biene, Head of the VW Brand in SA.

New features in the Golf 8 GTI racing car include an all-new chrome moly tubular chassis which is much stiffer and lighter than the previous generation GTC car, said Mike Rowe, head of VW Motorsport. 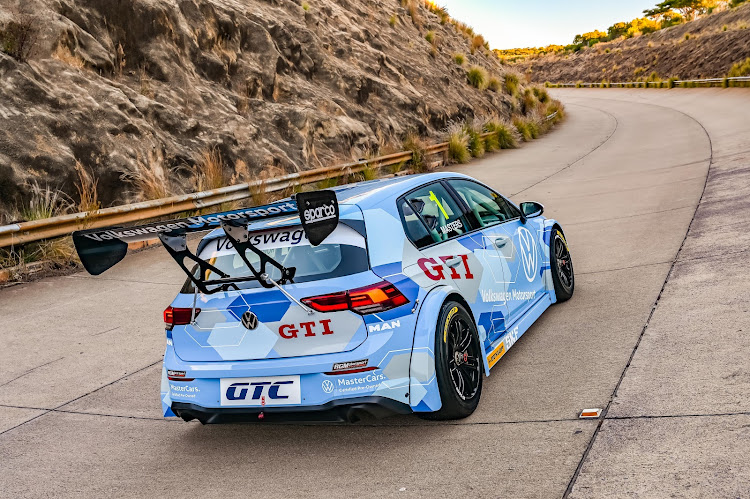 With motor racing still on lockdown, the GTC series hopes to get under way in August.
Image: Supplied

The GTC championship, launched in SA in 2016, is the country’s premier track racing series and includes the main GTC Championship (GTC1) as well as the second-tier class, GTC2.

VW Motorsport will compete in the two Golf 8 GTIs in GTC1, driven by 2019 GTC champion Keagan Masters and Daniel Rowe, the 2016 GTC2 champion.

The team will also be represented in the SupaCup, which replaces GTC2, by 2016 Driver Search winner and 2017 Polo Cup Rookie winner, Jonathan Mogotsi. Mogotsi will be racing the SupaCup Polo, which is a newly developed car for the second tier class within the GTC Championship. The new car is an exciting addition to local motorsport and produces more than 200kW coupled to a locally developed 6-speed M-Trac Sequential Gearbox.

This year’s GTC series was put on hold due to the Covid-19 pandemic and it is hoped that motorsport events can resume in August.

Everything you need to know about the new Volkswagen Golf GTI

There's hope yet for real-life racing in SA

While it might be tricky to predict when South Africans can once again enjoy a day at the races, the national motorsport regulatory body is confident ...
Motoring
1 year ago