The iconic and small off-roader is 50 years old 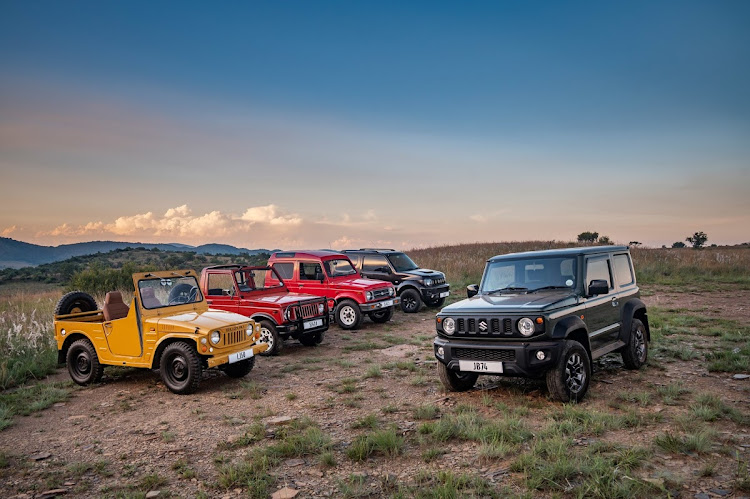 The Jimny has worn a number of name tags since it was first launched in 1970 as the LJ10 (for Light Jeep 10) with a two-stroke 360cc engine, but in its five generations its purpose has always stayed the same: to be a small and lightweight offroader with the ability to scurry over the same obstacles as vehicles several times its price. A tiny dog with a big fight.

In 1976 the LJ50 was introduced with a more powerful 539cc two-stroke engine, which improved the top speed to a dizzy 100km/h. I drove this little tyke and its four successors when Suzuki Auto last week assembled the iconic vehicle’s family tree in celebration of its 50th anniversary.

I drove them all back to back at the ADA 4x4 trail in the Magaliesburg, where the advances in automotive refinement and safety were starkly exposed in each incarnation of the vehicle.

The LG50 was a hoot to drive, even though its high-revving two-stroke engine was singularly ill-suited to offroading, which often calls for slow-paced crawling instead. But with some deft clutch and throttle work to keep it in its powerband, the charming-sounding 'lil Suzuki ring-a-ding-dinged its way around the offroad course like a playful Jack Russell.

A throwback to a simpler era, this almost comically compact “Noddy” car had no seat belts or roof and its two seats weren’t adjustable; if your legs were too long, tough.

But it had four-wheel drive and a low-range transfer case, and with its short-wheelbase and high ground clearance it was able to scamper everywhere I pointed it on the rugged trail, including tight-squeeze situations that would stop larger 4x4s in their tracks.

Next in line was the SJ410 which was launched in 1981. It was a completely new vehicle with a more comfortable interior, but the rugged leaf-sprung suspension and solid axles were retained, as was the four-wheel drive and low-range setup.

The four-stroke 970cc engine was hardly a powerhouse with its meek 33kW output but it was much easier to manage on the bumpy offroad course, without all the high-revving histrionics.

Then it was into the SJ413, more commonly known as the Samurai, which was launched in 1983 wielding a more powerful 1.3-litre engine and more interior amenities. In the early nineties Suzuki replaced the front leaf springs with coil-sprung front suspension to make it a more comfortable daily runner without affecting its trail-tackling ability. 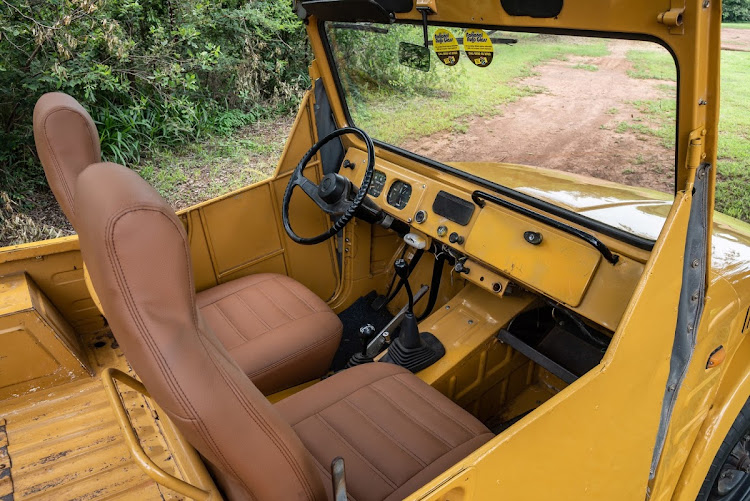 Suzuki Jimny Where it all started: the original LJ50 was as basic as they come.
Image: Supplied

The first Jimny-branded version of Suzuki’s little 4x4 was launched in 1998, and featured a new coil-sprung suspension, automatically locking front hubs instead of the previous manual versions, and a convenient dial to select between 2WD, 4WD High and 4Low instead of the traditional second gear lever.

Power was upped to 63kW thanks to a new 16-valve 1.3-litre petrol engine, and the Jimny remained mostly unchanged for the next 20 years except for minor facelifts and spec updates.

In 2018 Suzuki introduced the current generation Jimny as a refined, soft-spoken car that makes a more comfortable daily commuter than its progenitors but stays true to its offroading roots. In fact it’s better than ever on adventure trails now that it has a brake limited slip differential and electronic stability control to better scramble through axle twisters.

The engine’s grown to a 73kW 1.5-litre unit, making it a better open-road cruiser. Today’s Jimny has come a long way from its bare-bones ancestors with modern frills such as electric windows and mirrors, cruise control and a touchscreen infotainment system, while safety fare comprises ABS brakes and dual front airbags.

When it was launched in 2018 the Jimny attracted a two-and-a-half year waiting list in some countries, though that has now reduced to around three months in SA. Its charmingly chunky styling has had a lot to do with its appeal, elevating it into mainstream popularity rather than being just for weekend warriors who view life through mud-splattered windscreens.

“The Suzuki Jimny is a legend in its own time. In the Seventies it rewrote the 4x4 rulebook, demonstrating that bigger is not always better. And it is still the compact 4x4 to beat today,” says Andre Venter, divisional manager of sales and marketing at Suzuki Auto South Africa.

Bilstein South Africa is now offering you an easy solution to raising the ride height of your trusty fourth-generation Suzuki Jimny.
Motoring
1 year ago