SK Innovation loses US battery trade case but gets temporary OK to sell to Ford, VW 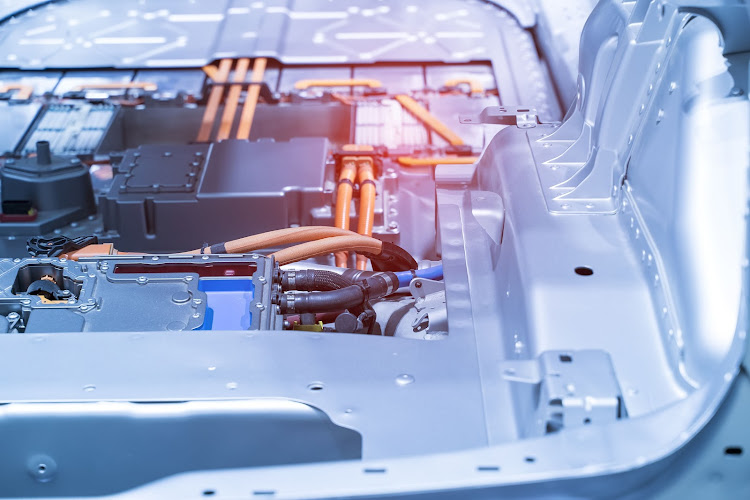 The ITC said it was issuing a limited 10-year exclusion order prohibiting imports into the US of some lithium-ion batteries by SK Innovation, but would permit SK to import components for domestic production of lithium ion batteries and other parts for Ford Motor Co's EV F-150 programme for four years, and for Volkswagen of America's MEB electric vehicle line for the North America region for two years.

The ITC added that SK Innovation can replace or repair its batteries in Kia vehicles sold to US consumers. The move could effectively ban the company from supplying EV batteries in the US unless the company can source all the needed materials there — a step analysts say is not feasible.

The ITC said the decision would allow the automakers to transition to new suppliers for these programmes.

SK Innovation, in a statement, said it regretted the ITC's decision “but it's a relief that we will continue to supply to Ford and Volkswagen”.

General Motors Co said on Tuesday it was extending production cuts at three global plants until at least mid-March, and building but leaving ...
Motoring
2 months ago

SK noted there was a 60-day presidential review period in which President Joe Biden could decide to reverse the ruling. Biden has made electric vehicles and reducing vehicle emissions a top priority.

“We have serious concerns about the commercial and operational implications of this decision for the future of our EV-battery facility in Commerce, Georgia,” SK said in a separate statement, adding it believes the “ruling could have a serious adverse impact on President Biden's policies to combat climate change and expand the electrification of the US auto fleet in coming years.”

A White House spokesperson declined to comment on the ruling.

An official at LG Energy Solution, who declined to be named because of the sensitivity of the matter, said the company was open to settlement talks with SK Innovation. If the two companies reach an agreement, the ITC's case will be dropped.

In February 2020, the ITC made a preliminary ruling in favour of LG Chem, which has since split off its battery business as LG Energy Solution.

SK Innovation is building two EV battery factories in Georgia to manufacture batteries for us in Volkswagen and Ford electric vehicles. LG Chem has set up an EV battery cell venture plant with GM in Ohio.

“With the ITC's final ruling, SK Innovation is now facing scenarios that they would not be able to operate their business in the US, which will likely accelerate settlement talks between LG and SK,” said Han Sang-won, an analyst at Daishin Securities, adding that SK Innovation needs to settle the lawsuit to better operate its EV battery business.

Ford said the “ITC decision supports our plans to bring the all-electric Ford F-150 to market in mid-2022".

“We are continuing to analyse today's ruling from the US International Trade Commission and its impact on Volkswagen. Regardless, this ruling does not change our commitment to produce EVs in Chattanooga, TN, in 2022,” Volkswagen said in a statement.

Volkswagen and Ford previously warned a US legal row between South Korean battery makers could disrupt supplies of the key EV parts and cost US jobs during the Covid-19 pandemic.

Buy a car with bitcoin? Some car dealers were years ahead of Musk

Electric-vehicle startup Rivian, which is backed by Amazon.com Inc and Ford Motor Co, is looking to go public as soon as September at a valuation of ...
Motoring
2 months ago

Japan's Toyota Motor Corp on Wednesday reported a bigger-than-expected 54% jump in third-quarter profit and jacked up its full-year earnings ...
Motoring
2 months ago
Next Article