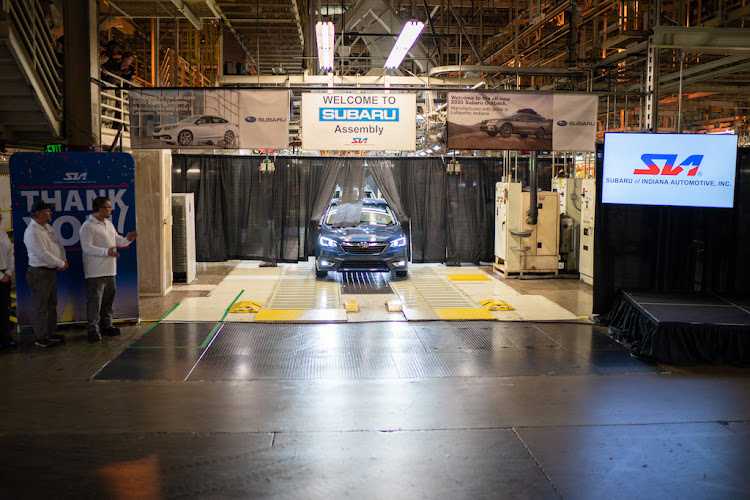 Subaru is suspending production at its Indiana plant due to the ongoing global chip shortage.
Image: Subaru

Japanese automaker Subaru Corp said on Tuesday that it was suspending production at its US plant in Indiana through the end of April due to a global shortage of semiconductors.

Automakers from Ford Motor to Nissan Motor have cut production due to the shortage of chips, used extensively in new cars for automatic windows, parking assistance and entertainment systems.

A Subaru spokesperson said 15,000 vehicles for North America would be affected.

She said that an ongoing global shortage for chips, rather than a recent fire at Renesas Electronics Corp's chip-making factory, was the main factor behind the suspension.

Increased demand for video games from people staying at home amid a global pandemic has also led to the scarcity, analysts say.

Japan's Nissan Motor Co, which is racing to lift margins and curb costs amid slowing sales, showed off a redesigned version of its X-Trail model on ...
Motoring
1 year ago

Japan's Toyota Motor Corp signalled a shift in its climate change stance on Monday, saying it would review its lobbying and be more transparent on ...
Motoring
1 year ago