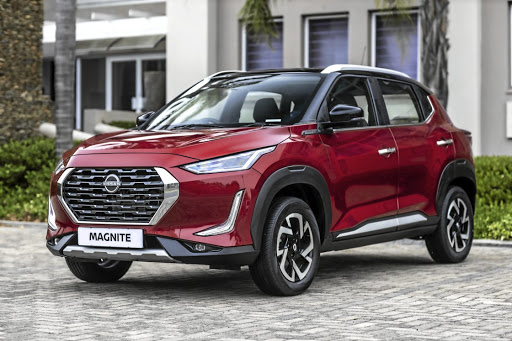 The Nissan Magnite is one of the cars built at the Tamil Nadu plant.
Image: Supplied

Automaker Renault-Nissan will shut its plant in India's southern Tamil Nadu state until May 30, according to an internal note and two sources familiar with the matter, a day after workers said they would strike over coronavirus-related safety concerns.

A note by Renault-Nissan India CEO Biju Balendran, which was e-mailed to employees and reviewed by Reuters, said the plant near state capital Chennai will be shut from May 26 to May 30 to ensure safety amid rising Covid-19 cases.

“We will continue to closely monitor the situation in Chennai and Tamil Nadu and come back to you shortly with information on when the plant will restart,” Balendran said in the note.

A workers' union at Renault-Nissan's Tamil Nadu plant, which employs more than 8,000 workers, had warned of a strike from Wednesday if their Covid-related safety demands were not met. Four workers have died and more than 400 employees have contracted the virus this year, according to the union.

A source from the union said a decision on returning to work would be taken after reviewing safety measures.

Nissan, which owns a majority stake in the plant, declined to comment. Balendran said in the e-mail the company was in talks with union representatives to ensure safety.

“This will include careful consideration of what additional measures we may need to introduce, as well as an audit of current procedures,” he said.

Hyundai Motor Co on Monday said it would suspend operations at its Tamil Nadu plant till May 30, after several workers staged a brief, sit-in protest amid rising cases.

Hyundai, Nissan and Renault - all of which manufacture cars in Tamil Nadu, often dubbed India's Detroit - together account for more than a fifth of India's passenger car market.

Some plans to improve road safety and road infrastructure in SA announced by transport minister Fikile Mbalula in his department’s 2021/2022 budget ...
Motoring
3 weeks ago

Nissan, Suzuki to curtail production in June due to chip shortage

A global chip shortage is forcing Nissan Motor Co and Suzuki Motor Corp to temporarily halt production at some plants in June, sources with direct ...
Motoring
1 month ago