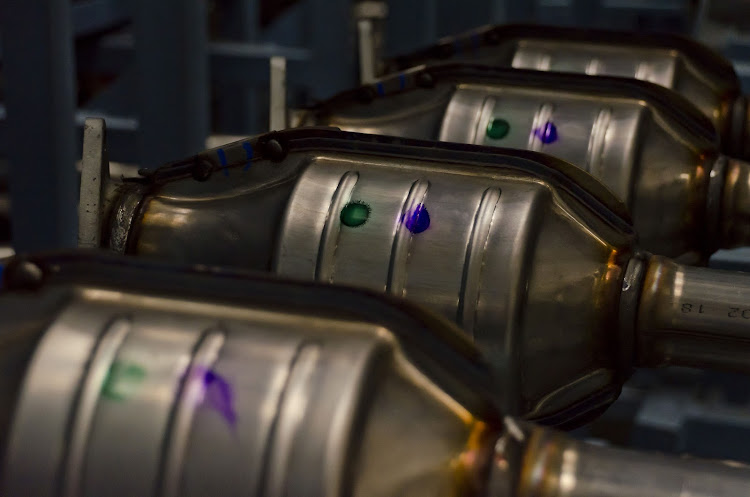 Police in South Australia urged drivers on Wednesday to step up efforts to protect their cars as thieves target the catalytic converters that scrub exhaust emissions during a surge in prices of precious metals.

The converters, which strip particulate matter from emissions, contain high volumes of platinum and palladium. The prices of both precious metals touched records this year.

"Thefts have occurred in residential driveways, public carparks and on main roads with public presence not seeming to deter offenders," state police said, adding that the devices were then sold on the secondhand market.

After several arrests, they are encouraging owners to mark or engrave the devices with the vehicle identification number, as well as making them harder to remove, for instance by welding in the retaining bolts.

Other measures include parking in locked or well-lit areas and near walls or fences with the car bonnet facing a solid object to discourage access to the converter.

Solid Power Inc, an electric-vehicle battery maker backed by Ford Motor Co and BMW, said on Tuesday it would go public by merging with a blank check ...
Motoring
1 month ago

Zeekr, a new premium electric vehicle (EV) brand launched this year by Geely, has sold out of deliveries for this year, CEO An Conghui said on Tuesday
Motoring
1 month ago

Jaguar Land Rover will begin tests later this year on a hydrogen fuel-cell prototype model based on its Land Rover Defender vehicle as the carmaker ...
Motoring
1 month ago