Polestar to go public at $20bn valuation via SPAC 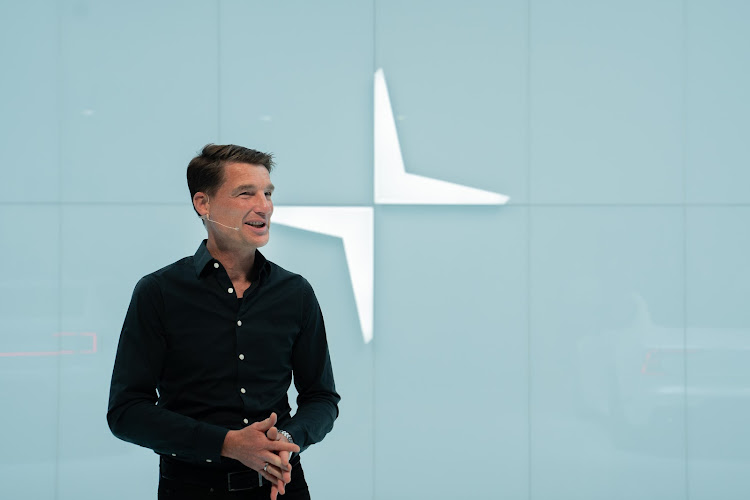 Swedish electric-car maker Polestar said on Monday it will go public by merging with a blank cheque firm backed by billionaire Alec Gores and investment bank Guggenheim Partners at a valuation of $20bn (roughly R300,730,000,000) including debt.

The deal with Gores Guggenheim Inc will include cash proceeds of around $800m (roughly R12,029,200,000), assuming no share redemptions by public stockholders of the blank cheque firm.

Shares of Gores Guggenheim were up 7.8% premarket.

The premium EV maker's offering includes two models — a hybrid performance car known as Polestar 1 and a fully electric Polestar 2 which are on roads across Europe, North America and Asia.

Polestar said at the Beijing Motor Show last year that it has another model in development called the Precept, which is a larger sedan.

Polestar raised $550m (roughly R8,274,420,000) in external funding in April and announced plans in June to build Polestar 3 electric sport utility vehicles at Volvo's US plant in South Carolina from next year.

Current equity holders of Polestar, who will roll their entire interest in the combined company, will retain about 94% ownership, it said.

Post merger, the combined company will be named Polestar Automotive Holding UK Ltd and will trade under the symbol "PSNY" on the Nasdaq.

Tesla Inc CEO Elon Musk said on Friday that thanks to new semiconductor plants that are planned or under construction, the global chip shortage that ...
Motoring
10 months ago

The 2021 South African Car of the Year (Coty) trophy was on Monday awarded to the striking Peugeot 2008 that launched locally earlier this year with ...
Motoring
10 months ago

Battery power may be the frontrunner to become the car technology of the future, but don't rule out the underdog hydrogen
Motoring
10 months ago