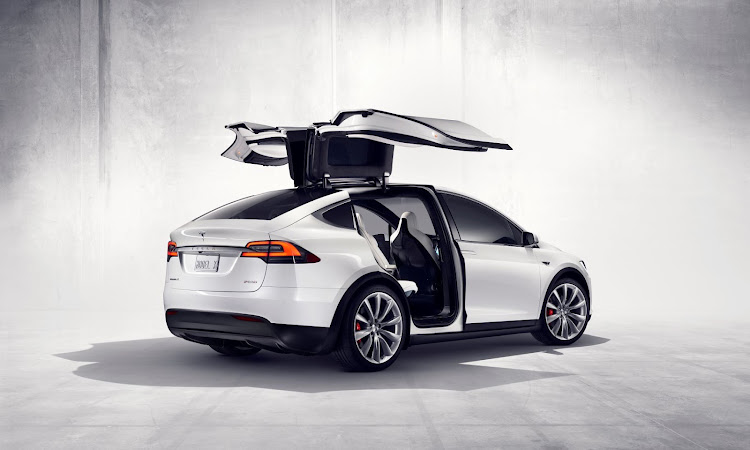 The Model X is one of the Tesla models affected by the recall.
Image: Tesla

Tesla Inc is recalling nearly 12,000 US vehicles sold since 2017 because a communication error may cause a false forward collision warning or unexpected activation of the automatic emergency braking system, the National Highway Traffic Safety Administration said on Tuesday.

The California automaker said the recall of 11,704 Model S, X, 3 and Y vehicles was prompted after a software update on October 23 to vehicles in its limited early access version 10.3 Full-Self Driving (FSD) (Beta) population.

FSD is an advanced driver assistance system that handles some driving tasks but Tesla says does not make vehicles autonomous.

NHTSA said Tesla "uninstalled FSD 10.3 after receiving reports of inadvertent activation of the automatic emergency braking system" and then "updated the software and released FSD version 10.3.1 to those vehicles affected."

The agency said it "will continue its conversations with Tesla to ensure that any safety defect is promptly acknowledged and addressed."

The recall comes after NHTSA last month asked Tesla why it had not issued a recall to address software updates made to its Autopilot driver-assistance system to improve the vehicles' ability to detect emergency vehicles.

Tesla said the issue was prompted by a software communication disconnect between two onboard chips that prompted an issue that could produce "negative object velocity detections when other vehicles are present."

If the automatic emergency braking system unexpectedly activates while driving, it could raise the risk of a rear-end collision, Tesla said, but added it was not aware of any crashes or injuries related to the issue.

After the October 24 reports, Tesla said canceled the FSD update on vehicles that had not installed it and disabled FCW and AEB on affected vehicles.

The same day, Tesla Chief Executive Elon Musk tweeted of FSD: "Seeing some issues with 10.3, so rolling back to 10.2 temporarily. Please note, this is to be expected with beta software."

On October 25, Tesla began deploying the over-the-air software update and re-enabled FCW and AEB features on vehicles with the update.

Tesla said as of October 29, more than 99.8% of the vehicles – all but for 17 – had installed an update and no further action is necessary.

NHTSA in August opened a formal safety probe into Tesla's Autopilot system in 765,000 US vehicles after a series of crashes involving Tesla models and emergency vehicles.

The US auto safety agency also asked Tesla in October about its "Autosteer on City Streets” which the company also refers to as FSD first leased in October 2020, and raised concerns about limits on disclosure by drivers of safety issues.

Rivian Automotive Inc, which is backed by Amazon.com Inc, is targeting a valuation of more than $53bn (roughly R818.8bn) for its US debut, making the ...
Motoring
3 weeks ago

Tesla Inc is opening its charging network to other electric cars for the first time with a pilot programme in the Netherlands, as the world's most ...
Motoring
3 weeks ago