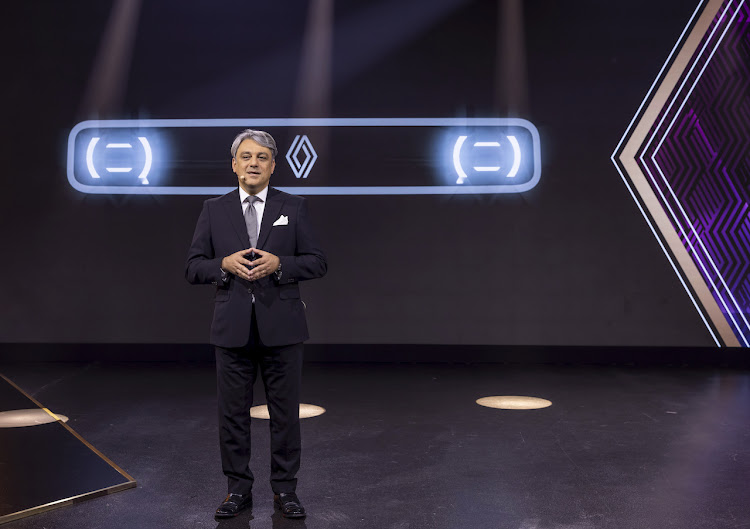 Renault CEO Luca de Meo says the company has to keep lowering costs in order to simplify the organisation and achieve its target of putting out its best-ever product lineup by 2023 to 2025.
Image: Renault

Renault CEO Luca de Meo said on Tuesday the company had to keep lowering costs to simplify the organisation and achieve its target of putting out its best-ever product line-up by 2023 to 2025.

Speaking in Germany at the Automobilwoche Summit, De Meo said the company also still needed to recover from the €8bn (roughly R139,049,440,000) loss it suffered in 2020 in the midst of the coronavirus pandemic.

“We have to bring back Renault in a better condition to be able to invest for the future,” De Meo said.

The French car maker said in October that its output would be cut by 500,000 cars this year, more than double its previous forecast, due to a crippling global semiconductor shortage, but maintained its profit outlook, helped by higher car prices and cost cuts.

At the summit in Germany on Tuesday, De Meo said he expected 20%-30% of the car maker's turnover to come from non-traditional revenue sources within 10 years as he worked to make the company less dependent on other firms.

De Meo, who took the helm at Renault in July 2020 after a career spanning various car makers, including Fiat and Volkswagen , said he had implemented more projects at the company in the past year than it had seen in the past 12 years in an attempt to simplify the organisation.

“There is still a lot of potential,” De Meo said. “But the situation for us is still complicated ... I had to chop all the things that were not necessary and then restart.”

Nvidia Corp on Tuesday said it was partnering with a range of self-driving sensor companies, including lidar firm Luminar Technologies, to put ...
Motoring
3 weeks ago

Swiss federal prosecutors are set to drop a nearly five-year criminal investigation into Volkswagen's diesel emissions scandal after concluding they ...
Motoring
3 weeks ago