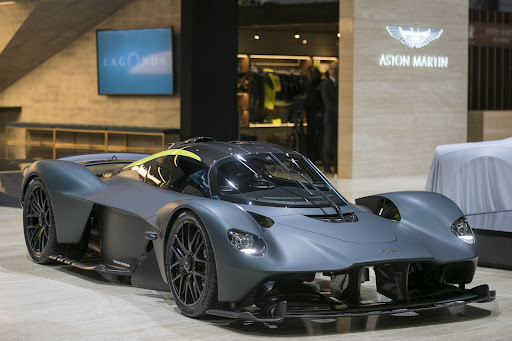 Aston Martin Lagonda Global Holdings Plc has been struggling with electronics issues plaguing the launch of Valkyrie, the £2.4m ($3.2m or roughly R50.3m) hypercar that’s key to its turnaround efforts, people familiar with the matter said.

The challenges getting certain systems to work have delayed initial deliveries of the sold-out model, said the people, who asked not to be named describing internal deliberations. An Aston Martin spokesperson confirmed Wednesday that while the company had built its first Valkyrie on November 4, it has not yet handed over any cars to customers.

“The first customer car has completed its shakedown, with documentation now being prepared for delivery in the next few days,” the company said in an emailed statement. The vehicle will be shipped “without any compromises” and production is continuing “at pace.”

The spokesperson declined to comment on electronics issues and reiterated that Aston Martin expects double-digit Valkyrie deliveries before year-end.

While the Valkyrie is a limited-run special model that will sell in low volumes, analysts have described the vehicle as pivotal to the company’s year-end earnings. Bloomberg Intelligence was expecting the company to deliver 49 units this year, and estimates that each Valkyrie sale makes the same earnings contribution as 21 Vantage V8 models.

CEO Tobias Moers last month likened producing the Valkyrie to assembling a Formula 1 car on an assembly line. “It’s the most complex car I ever saw in my life to assemble,” he said in an interview.

Aston Martin has sold all of the 150 coupe versions of the Valkyrie. The carmaker said last month it would allocate 85 open-top Spider versions after demand outstripped supply. Delivering the vehicles alongside the DBX sport utility vehicle that’s become the dominant seller in its line-up are crucial to continuing the recovery the carmaker has seen since Canadian billionaire Lawrence Stroll’s rescue last year.

Stroll has brought in new management, provided a vital injection of cash and pushed to clear high dealer inventories. The company announced earlier this month that CFO Ken Gregor will leave no later than the end of June for personal reasons.

To meet a rising demand for custom-painted Porsches, the German firm has expanded its colour palette into a veritable kaleidoscope of offerings, ...
Motoring
1 month ago