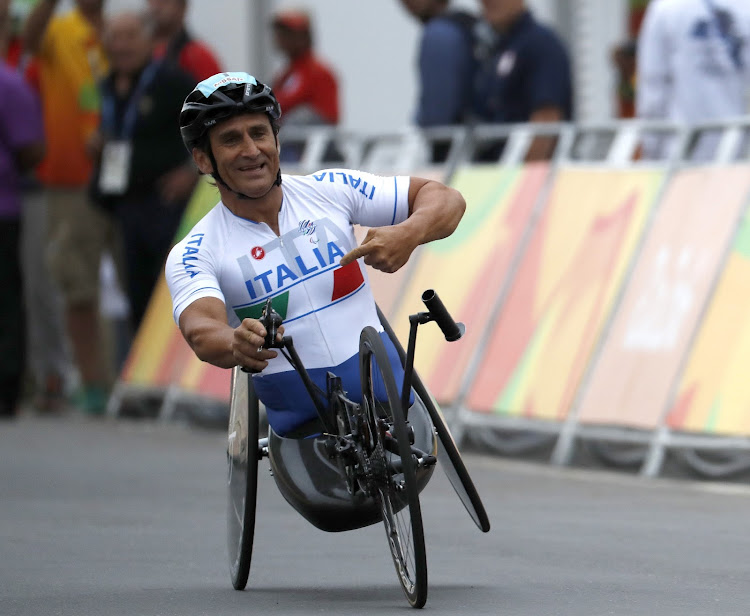 After losing both his legs in a motor racing accident, Alex Zanardi took up paracycling and won four Paralympic gold medals.
Image: Reuters

Former Formula One driver and Paralympic cycling champion Alex Zanardi is back home after nearly 18 months in hospital after a near-fatal handbike accident, his wife Daniela said.

Italian Zanardi underwent multiple operations after being placed in an induced coma after colliding with a truck in the June 19, 2020 accident while taking part in a road race on a handbike.

“An important step was that Alex was able to leave hospital a few weeks ago and is back at home with us now,” Daniela said in a news release issued by BMW, for whom Zanardi is a group ambassador.

“We had to wait very long for this and are very happy that it was possible now, even if there are still temporary stays in special clinics planned for the future to carry out special rehabilitation measures on site.”

A double CART (Indy Cars) champion in the US, Zanardi had to have both of his legs amputated above the knee after a horrific crash in a race in Germany in September 2001.

He recovered to return to the track in touring cars with BMW before later taking up paracycling and winning four Paralympic gold medals.

“Of course, setbacks are there and can still occur,” she added. “Sometimes you also have to make two steps back in order to make one step forward. But Alex proves again and again that he is a real fighter.”

Earlier this year, she explained that the situation for her husband remained challenging, and that there had been setbacks along the way, with Zanardi having still not spoken since the accident.

“He can communicate with us, but he is still unable to speak. After a long time in a coma, the vocal cords must regain their elasticity. This is only possible through practice and therapy.

Zanardi raced for Jordan, Minardi and Lotus in F1 in the early 1990s before moving to the CART championship in the US which he won in 1997 and 1998.

He returned to F1 with Williams in 1999 before heading back to CART.

Verstappen sees no reason for Hamilton to stop racing