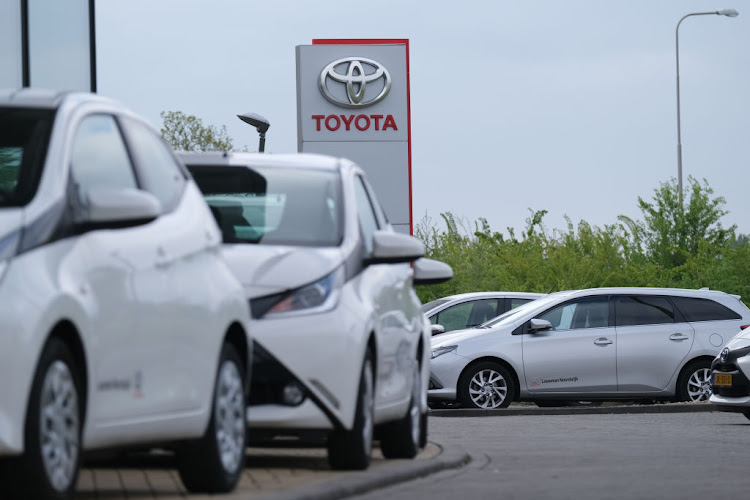 Toyota has managed to continue outpacing VW despite coming up short of a production target last month that the company had pared back due to the spread of Covid-19 in Japan and overseas.
Image: Yuriko Nakao/Getty Images

Toyota Motor Corp looks poised to repeat as the world’s largest car maker for a third straight year, having outsold Volkswagen AG by more than 1-million vehicles through April.

While both companies’ China operations have been hamstrung by lockdown measures, Toyota has better managed to limit the damage. The Japanese manufacturer said Monday that worldwide deliveries slipped 5.8% in the first four months of the year, whereas sales for its German rival plunged 26%.

Toyota has managed to continue outpacing VW despite coming up short of a production target last month that the company had pared back due to the spread of Covid-19 in Japan and overseas. 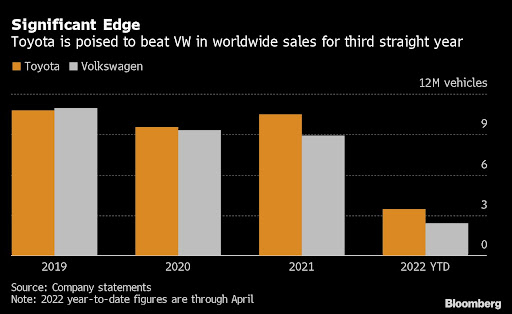 President Akio Toyoda told employees in March that the car maker was re-examining manufacturing plans along with suppliers to avoid “exhaustion.” The company set a record for worldwide vehicle output that month.

VW has struggled this year in China, its largest market, with deliveries dropping 30% through April. It also has a much bigger presence than Toyota in Western Europe, where Russia’s invasion of Ukraine has further disrupted already strained supply chains.

Japan's Toyota Motor Corp on Monday said it missed its global production target for April as Covid-19 outbreaks and a parts shortage slowed its ...
Motoring
2 months ago

Classic Car Show is back for 2022 in Joburg

Fans of the classic car scene can expect to mingle with some greats from the US, Europe and Asia at the Nasrec show grounds
Motoring
2 months ago