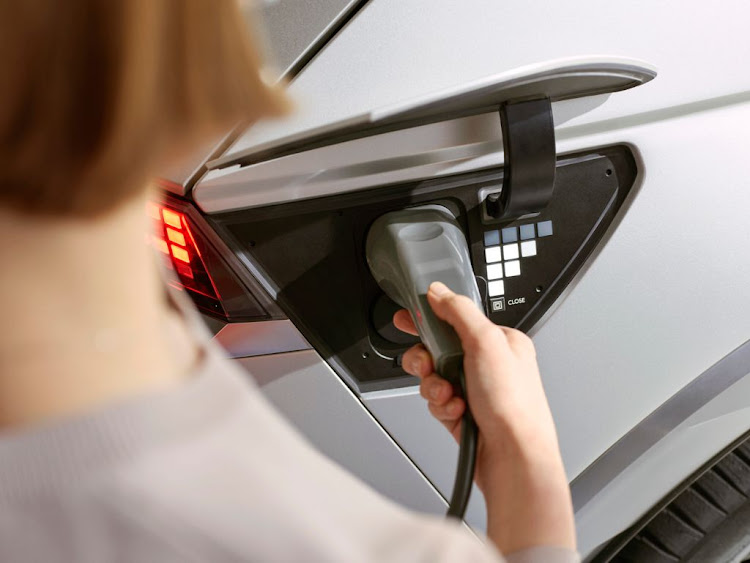 Until its small EV hits the roads, Hyundai will launch premium models starting with its Ioniq 5 electric crossover this year and will gradually move down the price chain.
Image: Supplied

South Korea's Hyundai Motor Co has begun developing a small electric car for India for the future even as it focuses on bringing more premium models to the country starting this year, an executive told Reuters on Thursday.

Various departments are working on issues such as charging ecosystem, sales network, manufacturing and the kind of assembly process the carmaker should have, Tarun Garg, director sales, marketing and service for Hyundai India, said in an interview.

“We have to look at as much localisation as possible,” Garg said, referring to sourcing and producing components locally to control costs and keep the cars affordable.

While he did not comment on when the company would launch its small electric vehicle (EV) in India, Garg said the timing has to be right “so we are able to bring it at the right price”.

“The ecosystem should be ready, we should have enough charging,” he said.

The small EV is part of Hyundai's broader plan to invest 40 billion rupees (roughly R8.2bn) to launch six electric vehicles in India by 2028, making a clean driving push in a country with some of the world's most polluted cities.

In India, EVs account for less than 1% of total car sales, but the government is aiming for a share of 30% by 2030 as it looks to reduce pollution and fuel imports.

Until its small EV hits the roads, Hyundai will launch premium models starting with its Ioniq 5 electric crossover this year and will gradually move down the price chain, Garg said.

“When it was about cars with internal combustion engines, we had this bottoms-up approach. In electric, we are trying the top-down approach,” he said, adding that for mass market EVs to succeed there needs to be a widespread charging network and lower battery prices.

Hyundai in 2019 launched its Kona EV in India, mainly to test the market, but sales were tepid as the price was high and public charging infrastructure was negligible. Garg said lessons from the Kona will feed into its future EV strategy in India.

Tesla Inc again raised prices for all its car models in the US in response to persistent global supply-chain problems and soaring raw material costs.
Motoring
2 weeks ago

Electric and hybrid models should make up 80% of Ferrari's sales by 2030, the luxury carmaker told investors on Thursday, vowing to produce "even ...
Motoring
2 weeks ago