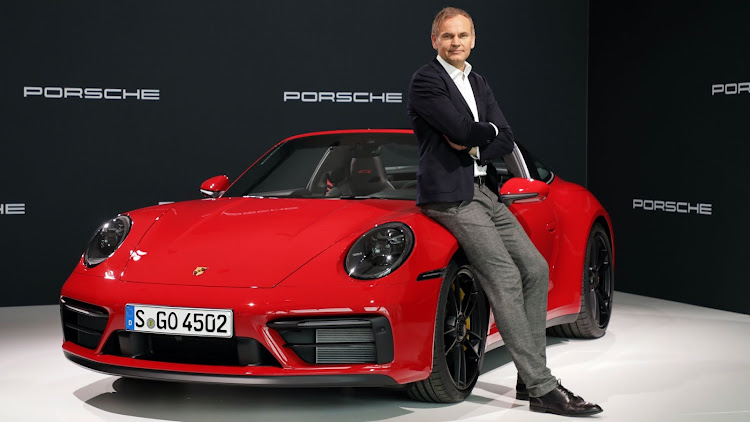 Volkswagen’s Porsche plans to introduce a new electric luxury SUV and bolster profits in the coming years as the brand tries to win over investors before its initial public offering.

Porsche targets an automotive Ebitda margin of as much as 27% by 2026, up from 24.5% last year, the company said on Monday during its capital markets day. That would be below what Ferrari NV generated in 2021, but well ahead of Tesla and BMW.

“Though we are clearly positioned in the luxury automotive segment we benefit from significant economies of scale,” CEO Oliver Blume said.

VW is planning to sell a minority stake in Porsche in the fourth quarter to help finance its push into electric cars and unlock value. The company has hired more than a dozen banks to push the IPO, which could value Porsche at as much as 80-bn euros (about R1.39-trillion) to 90bn euros, according to people familiar with the matter. VW has pitched the listing as a way for Porsche to gain greater autonomy in areas such as software and partnerships while it can continue to benefit from a symbiotic relationship with the parent.

That narrative has sparked pushback from investors,who have flagged a listing structure that fails to make the asset more independent from the billionaire Porsche and Piech family and headwinds in the overall IPO market. Under the plan, the family would gain a blocking minority stake of 25% plus one share.

Porsche is targeting revenue of as much as 39bn euros this year and return on sales of as much as 18%, up two points from last year, according to CFO Lutz Meschke. Returns are to climb above 20% in the long term.

Shipments of the 911, Porsche’s most profitable model, could approach a record 40,000 units this year and help deliver luxury-level Ebitda margins, according to an analysis by Bloomberg Intelligence.

Porsche is well ahead of peers, including Ferrari and Aston Martin Lagonda, in electrifying its line-up. Its Taycan EV outsold the 911 last year and the company is preparing to introduce a battery-powered version of its Macan model, with first deliveries expected in 2024.

Porsche’s new luxury SUV will be positioned above the Cayenne, which starts at R1,545,000, and be assembled in Leipzig, Germany.

Porsche is pitching its initial public offering as a chance to invest in a company that combines the best of carmaking rivals like Ferrari NV and ...
Motoring
1 month ago

Stellantis announced the "orderly termination" of its loss-making joint venture with Chinese carmaker GAC, which has been producing Jeep vehicles, ...
Motoring
1 month ago

Baseball coach Adolfo Alvarez was traveling to a game with a group of children and their parents toward Venezuela´s northwestern city of Maracaibo ...
Motoring
1 month ago