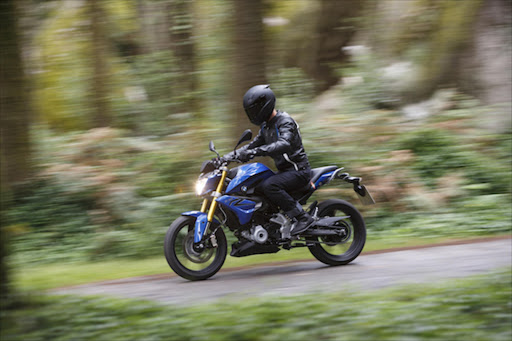 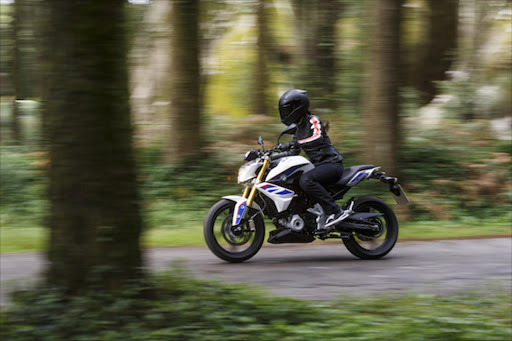 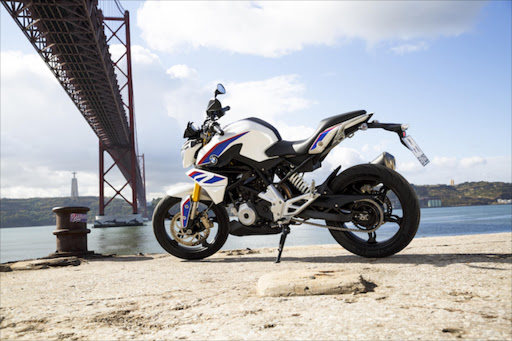 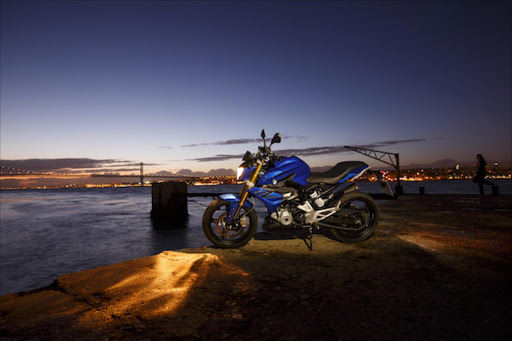 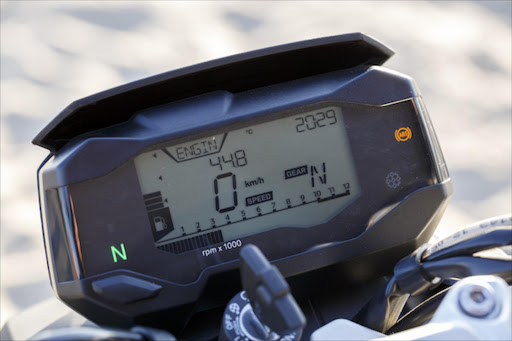 Here we go again. Falkiner is messing around with motorbikes. I thought you were finished with these two-wheeled “fear machines”.

Well, I was until BMW launched this good-looking G310R.

What’s so special about it? How did it tempt you out of retirement?

It’s special because it’s serving a niche segment in the local motorbike market that hasn’t really existed until now. Aimed at beginners like me, it fills that cavernous void between those crummy 200cc “delivery bikes” and the bigger, more intimidating, more expensive 600/800cc machines that huff a cloud of fear and foreboding from their thunderous exhaust pipes.

Psychologically speaking, a 300cc (313, if you want to get technical) engine is, to newbies at least, smack bang in the Goldilocks Zone: not too lairy but also not limp-wristed. You won’t feel like an overgrown high-school kid parking this thing outside your local coffee shop on a Saturday morning. More importantly, however, is the fact that the G310R wears a BMW badge. This is a premium product. You’re not riding a Chinese abomination. Neither are you riding just another ubiquitous Japanese workhorse. You’re riding a thoroughbred BMW and that, in our brand-conscious world, is a big deal.

Not intimidating, you say? Did you actually ride it outside the safety of the office car park?

Damn right I did. The last motorcycle I attempted to ride in public was a Royal Enfield: a 500cc relic made from pig iron and components left over from the industrial revolution. It was a ponderous nightmare. The BMW is anything but, thanks to its relatively feathery kerb weight of 158kg. Also, courtesy of its forward-canted engine design, most of the mass is low down and to the front, where you want it. So it feels light and easy to balance. It’s nimble too: the short wheelbase allows the G310R to snick and snap through corners and around traffic with the urgency of a housefly.

While the chassis feels good between your thighs, the controls operate with a smooth and well-weighted polish. Gear changes are definite and the brakes (equipped with ABS as standard) are progressive and easy to modulate — the fronts even with one finger. If I had to criticise anything, it would be the clutch action. It has a vague, slightly mushy bite point that saw me stall the engine a few times — this could also be due to my relative inexperience.

How was the engine? Gutsy enough?

For me the little 313cc motor was a perfect match for the bike’s weight and proportions. There’s good low-down torque for pottering around at the speed limit but enough power higher up the rev range to help fling you ahead of the traffic. It sounds grand too. Maybe not at idle but as you approach the 10 500rpm soft-limiter, the G310R snarls like a miniature superbike. Fuel economy is decent. I averaged 4.5l/100km, but with a more considerate throttle hand you could get it under the 4.0l/100km mark.

It’s an aggressive-looking thing. Is it comfortable to ride?

I thought it would be uncomfortable, especially considering I’m 1.88m tall. But I fitted on the G310R fine and never felt cramped. The riding position is nice and upright, which affords a good view of the traffic ahead while the saddle, though narrow, never rubs your undercarriage the wrong way. The absence of a windshield means things get pretty gusty at higher speeds. So I imagine a long trip might become a bit tiring if you do not stop often.

Let’s talk price. Being a BMW, it can’t be cheap, right?

Wrong. Possibly the best thing about the G310 R is its price. For R69k you get a premium product that’s well built, fantastic to ride and packed with features such as ABS brakes as standard, plus a trick LCD display that shows you everything from engine temperature and fuel consumption to range remaining. Heck, you even get a shift light. And despite being built in India by TVS, I really couldn’t pick up anything that hinted at cost cutting or lower manufacturing standards. Neither could my friend who has owned those proper made-in-Germany GS models.

The G310R is an even sweeter deal when you compare it, price wise, to rivals such as the Ducati Scrambler Sixty2, KTM Duke 390 and Kawasaki Ninja 300R. Backed by BMW Motorrad’s excellent after-sales support, it’s an absolute dynamite package. One I’d unreservedly recommend to anybody looking to get into motorcycling. – Thomas Falkiner