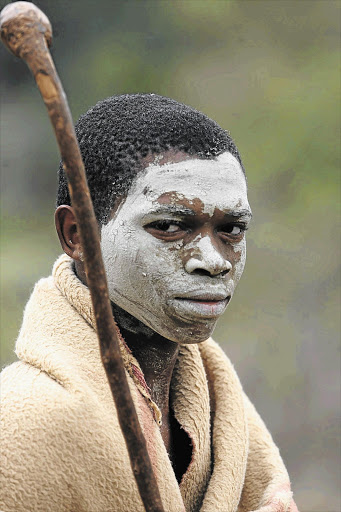 A boy at an initiation school in Eastern Cape
Image: GALLO IMAGES

Initiates who needed medical attention during the traditional circumcision season were often stigmatised by their communities.

Some men in the Eastern Cape who developed infections refused to go to hospitals and some had parents who prevented them from accessing medical treatment.

This is according to the Eastern Cape and Mpumalanga departments of health that recently reported back to parliament on the 2013 circumcision deaths.

Despite interventions by health officials, this happened:

In the Eastern Cape, the biggest loss of life was caused by infected penises, leading to septicaemia.

Dr Dingeman Rijken, who had worked in Pondoland , Eastern Cape, said traditional leaders were not interested in working with doctors . After meetings with them, chiefs spread messages that medical circumcision was bad.

A traditional nurse was successful in setting up three centralised circumcision schools in Western Pondoland in December. Negotiations to improve the situation in Eastern Pondoland fell flat.