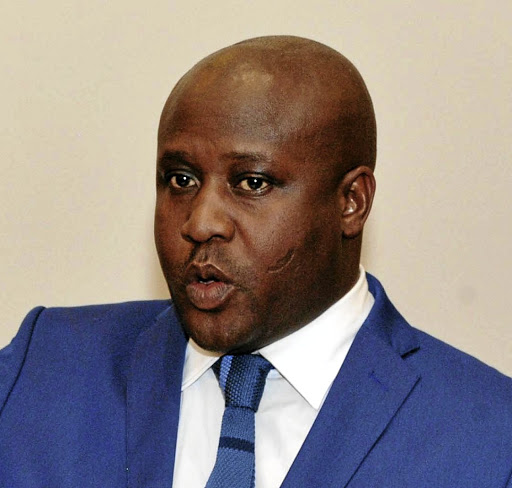 This time Bongo is accused of offering a bribe, in a form of “blank cheque”, to the evidence leader of parliament’s state capture inquiry — Advocate Ntuthuzelo Vanara.

Vanara has made the shocking allegation in a sworn statement submitted to National Assembly Speaker Baleka Mbete.

Mbete has referred the matter to parliament’s joint ethics committee for further investigation.

Omie Singh, the co-chair of the ethics committee, is due to meet Vanara on Tuesday before tabling the matter to a full sitting of the body that monitors the ethical conduct of MPs and cabinet ministers.

Approached for comment through his spokesman Brian Dube, Bongo has not denied or confirmed offering a bribe to Vanara, only saying he’s requested parliament to send him a copy of the affidavit so that he can “consider his legal options”.

Shortly after his appointment in October, it emerged that the commercial crime fighting unit at the Hawks was investigating Bongo for, among other things, receiving a R300 000 kickback from government service providers while he served as the head of legal service in the Mpumalanga department of human settlements.

The money was paid as deposit towards his purchase of a BMW X5.

The Sunday Times last week also exposed how a R1.5-million kickback was allegedly paid by the same government service providers into the bank account of Bongo’s wife, which as used to finance the construction of his family home in Nelspruit.

A portion of a R37-million payment used to fund a government land deal in Mpumalanga was allegedly used to build a house for State Security Minister ...
Politics
3 years ago

Newly appointed State Security Minister Bongani Bongo’s past as a senior government official in Mpumalanga has come back to haunt him.
Politics
3 years ago