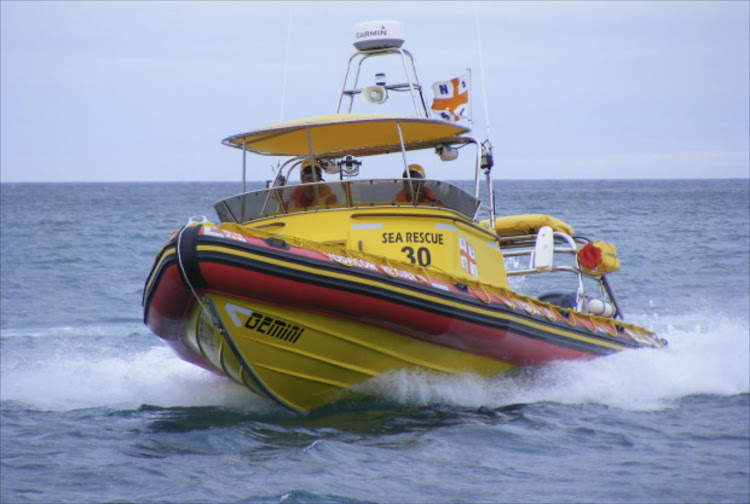 A thief who tried to swim his way out of trouble by jumping into the sea at Jeffreys Bay had his plan foiled when a National Sea Rescue Institute (NSRI) boat was launched to "save" him.

"Concerns were raised after the man appeared to be in difficulty in the surf. The sea rescue craft Discovery Rescue Runner 12 was launched."

It turned out he needed a different kind of assistance - a lawyer.

Janse van Rensburg said the duty crew found the man "to be exiting the water onto the beach".

"He was taken into the custody of Law Enforcement officers without incident."

The thief may have had more than a pair of handcuffs to worry about during his dash into the sea‚ though. An international surfing competition at J-Bay this month was interrupted a couple of times by shark sightings.

A would-be thief chose the wrong house to break into when he ended up trapped in the swimming pool thanks to the fearless actions of a boerboel named ...
News
4 years ago

Think your handbag is safe in your shopping trolley? Think again.
News
4 years ago

WATCH | Is your car locked? This sneaky thief will make you think again

Ever wondered how those sneaky criminals manage to steal all your valuables from your supposedly locked car?
News
4 years ago