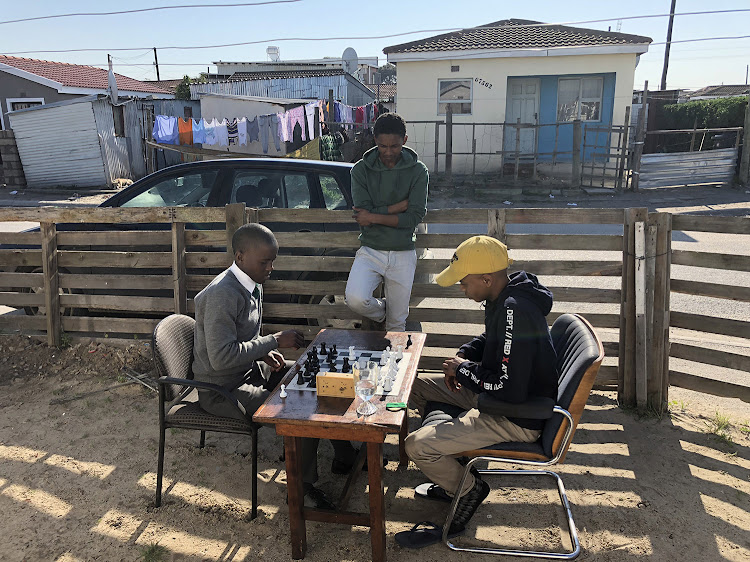 Boys play chess in Khayelitsha. A new generation of players claim chess helps them with their academic work, giving them focus, discipline and drive.
Image: Supplied

A childhood passion for chess has grown into an adult drive to share the game with his township community.

Brian Qamata from Khayelitsha, Site C, was introduced to chess as a young adult. From the moment he touched a chess piece, he fell in love with this ancient game of foresight and strategy.

Brian believes chess can help focus the mind and provide valuable life lessons. He says the game helped him cope with depression.

The Sibanye Khayelitsha Chess Team is rising up through the Cape Town club rankings.

Now he has set about sharing his skills and passion with a new generation of young players, such as rising star Mbuyiseli Mvoyi who claims chess helps him with his academic work. It gives him focus, discipline and drive.

Brian is currently trying to get more female players interested in chess. He says that they have a focus and determination that many of the boys lack.

He has helped the Sibanye Khayelitsha Chess Team rise up through the Cape Town club rankings, but a lack of sponsorship threatens their future participation.

This article was published in partnership with ACTIVATE! , a network of young leaders equipped to drive change for the public across South Africa.