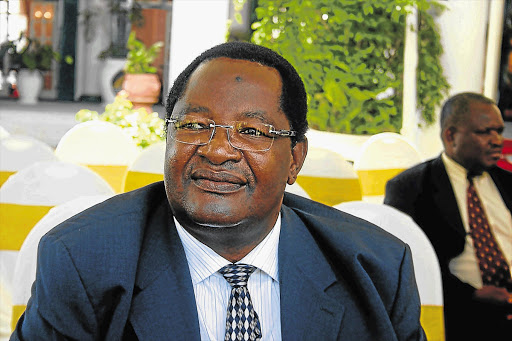 Civic society groups in Zimbabwe claim that state-sponsored violence is taking place at the Chiadzwa diamond fields as the government attempts to keep illegal dealers and panners at bay.

The Centre for Natural Resources Governance‚ a research and advocacy civil society organisation‚ said government was behind human rights abuses in the area‚ hence perpetrators were going unpunished.

"All the killings in the mining sector are sanctioned by the state‚" Farai Maguwu‚ the organisation's executive director‚ told a media conference in Harare.

Last year‚ then Manicaland Province governor Mandy Chimene‚ at a policy dialogue meeting with the Zimbabwe Environmental Law Association (Zela) in the area‚ confirmed running battles between the state's security details and panners who went into the restricted area.

According to the Chiadzwa Community Development Trust‚ since July 2017 there have been at least 15 confirmed deaths and 256 cases of aggravated assault. The organisation claims some cases go unreported because of fear.

With not much official mining in the area‚ Mutare‚ a city about 60 kilometres from the diamond fields‚ has become a centre for diamond dealers.

Speaking before a parliamentary portfolio commission on mines and energy‚ Prosper Mutseyami‚ legislator for the nearby Chipinge District‚ said some houses had become trade centres.

Parliament committee worried about Optimum mine

Parliament's portfolio committee on mineral resources has been asked to step in at the Gupta-owned Optimum coal mine in Mpumalanga‚ where workers ...
Politics
4 years ago

"There has been massive mushrooming of diamond trading syndicates in Mutare and there are allegations that most residential houses‚ especially those in the leafy suburbs of Mutare‚ have since been converted into illegal diamond trading centres‚” he said. Zimbabwe's diamond sector is entangled in corruption‚ sucking in senior ranking government officials.

Former mines minister Dr Obert Mpofu last week appeared before the same mines and energy commission but refused to answer questions relating to an alleged US$15-billion in revenue from diamonds that went missing under his watch.

A Harare businessman‚ Lovemore Kurotwi from Canadile Miners‚ at the same meeting‚ said diamonds worth US$150-million were seized from his company safe by the state in 2012 and were never returned.

He also accused Mpofu of demanding a US$10-million bribe. With Zimbabwe ranked 159 out of 190 countries in the ease of doing business rankings‚ corruption and rent-seeking are key factors. Last month‚ a weekly newspaper reported that Nigerian billionaire Aliko Dangote lost interest in Zimbabwe after cabinet ministers demanded kickbacks during Robert Mugabe's tenure.